Thousands of doctors and other professionals in the health sector have demonstrated in Chile since the beginning of the protests against the Government of Sebastián Piñera, in mid-October, to demand a profound change in the health system of the Andean country.

The reforms, believe those who demonstrate in the streets, must pass, in the first instance, by changes in the Magna Carta, which will be replaced next year by a new constitutional text, after the celebration of a referendum scheduled for April 2020.

“The current Constitution guarantees people access to health, but not the right to health. That is why private health providers have grown a lot. When public health is not able to respond to care, it has to guarantee the access, with which, transfers its resources to the private system to meet this guarantee, “explains Loreto Canales, of the Edgardo Enriquez primary care center, in the Pedro Aguirre Cerda municipality.

The Andean country founded in the 50s the first national health system in Latin America. Three decades later, in the 80s, the model changed profoundly. The authorities opted, during the dictatorship of Augusto Pinochet, for the creation of preventive health institutions, which are private and operate under the precept of free market.

Now, operate a mixed system. About 80 percent of the population is insured in the public system, known as the National Health Fund (Fonasa). Those who do not have work or have incomes lower than 276,000 pesos per month (about 291 euros), have free access to the system.

Workers must contribute 7 percent of their monthly income to access benefits. In addition, if they have a monthly taxable income greater than 276,000 Chilean pesos, they can face a 10 percent co-payment in services, and, if they charge more than 402,000 pesos (about 425 euros), that amount rises to 20 percent.

On the other hand, those who have more resources can secure with one of the Pension Health Institutions (Isapre), which operate with private contracts. 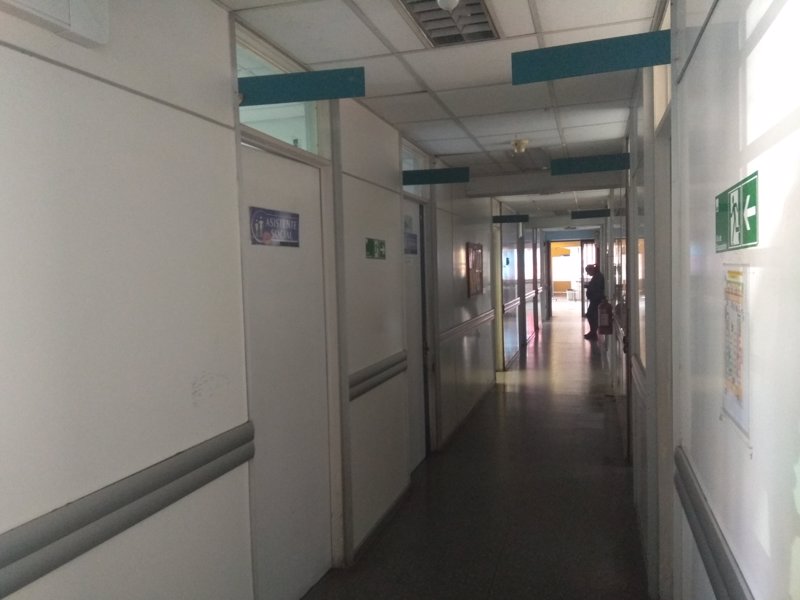 Those who speak for public health report that the system is discriminatory, since 80 percent of the population, who are users of the public service, are served with less than 50 percent of available resources.

Doctors have reported a lack of personnel, especially specialized, and also basic supplies. They have also criticized the long waiting lists, the saturation of the emergency services and the shortage of some medicines.

These failures, the doctors denounce, cause that part of the users of the public health are referred to the private one, by free choice or because there is no other option, being the resources transferred to the free market system.

The worst part is the public primary care centers. Its management was transferred to the municipalities in the 80s, creating inequalities, as reported by professionals in the sector.

“There is money that the municipality has to add to what is allocated per patient per capita. The commune of Las Condes has 250,000 inhabitants and Pedro Aguirre Cerda has 120,000. But the municipality of Las Condes has a budget of about 320,000 million pesos (about 338.5 million euros) and Pedro Aguirre Cerda of 15,000 million pesos (about 15.9 million euros), “says Germán Jiménez, social worker and president of the Fertrasamm union.

“From that budget come the salaries of the municipality and contributions to health and education to be able to have some kind of improvement, because they give you the offices, but they do not make the maintenance. If the population grows, you have to divide the work spaces , doing it with its own budget, “he illustrates.

Channels is in that situation. Her health center began to stay small, and she occupied the old modem room. The ancient devices, now unusable, still hang on the wall of the office, without anyone having claimed them. The doctor shows, in a tour, how other professionals divide the original rooms of the center through wooden walls. 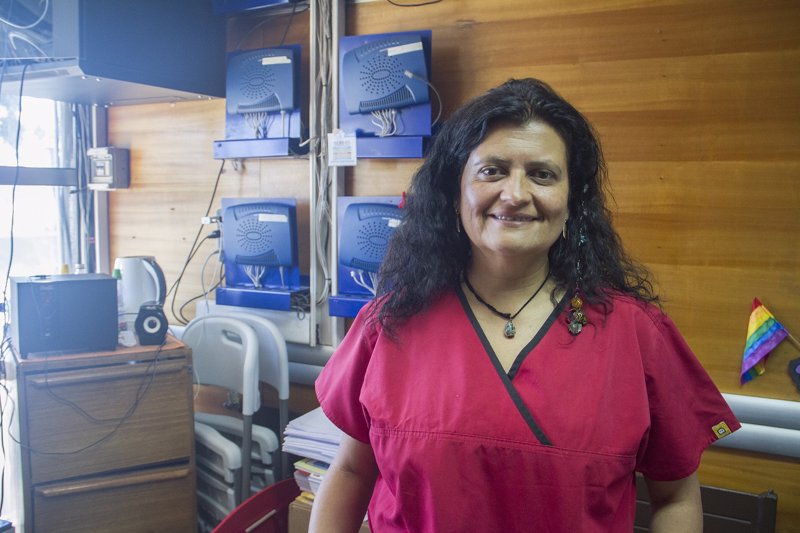 “Here we say that things have been financed with the 'foundation my house'. It's a joke we do. But when we do workshops, we have to buy the example objects or even juices or water to offer to the people who come. Or there is a lack of desk supplies and you bring them to you. Or a device of tension is spoiled and you bring it, in order to provide better quality service to users, “says the doctor.

The operation of primary care depends, Channels believes, on the will and capacity of municipal officials.

“It depends on the expertise of the person who administers the resources in the municipalities and the development of the place in question that there are more or less resources, that health benefits can be delivered, that there is a deficit of medicines and that the entity becomes more indebted or less, “says the doctor.

“We also have a very bad quality of medicines. An insulin that is very bad, which does not compensate people very much. Patients do not have access to better quality medicines, and you are giving everyone the same solution, when not everyone is equal, “he adds.

These problems, coupled with low wages, scare off professionals. “In human resources you don't recruit the best. The doctors who are getting expertise, little by little, end up being absorbed by the private system, which has better salaries,” he laments.

The governments of France, Germany and Italy have joined forces to urge “international actors” to end “all interference” in Libya and to respect the arms embargo approved by the UN Security Council for fear of further deterioration due to the involvement of foreigners Powers and interests. The three European countries fear that if there is…

WASHINGTON — The new year brings a host of state laws that take effect starting Monday, from making marijuana more accessible to requiring paid family leave. Retail sales of marijuana for recreational use are now legal in California. Adults over 21 in the nation’s most populous state can buy it in cities that agree to…

Opening of urns in Uruguay – REUTERS / MARIANA GREIF MADRID, Oct. 27 (EUROPE PRESS) – Uruguay's polling stations have opened their doors this Sunday to hold their most disputed presidential elections since the culmination of the democratic restoration in 1985, and in which the official candidate, Daniel Martínez, would win this first assault with…

BEIJING — Shen Zhihua, bon vivant, former businessman, now China’s foremost Cold War historian, has set himself a near-impossible task. He wants China to peel back its secrets, throw open its archives and tell its citizens what went on between China and the United States, between China and North Korea, and much more. Even before…

Jacob Goodwin, a self-proclaimed white nationalist, was charged with injuring a black counterprotester in the wake of the August Unite the Right rally in Charlottesville, Virginia. As Goodwin awaits trial, his parents become increasingly more involved in Goodwin’s extremist group, following a gradual path to their own radicalization. New to Left Field? SUBSCRIBE: http://nbcnews.to/2rAQzwx FOLLOW…