The difficult situation experienced by children associated with armed forces and groups is beyond description. We simply cannot put ourselves in his place. Therefore, I will not attempt to share the horror that many of these children have shared with me previously.

My first interaction with some of the former child soldiers was in February 2018. I only had a few months working on my new role as National Director of World Vision in South Sudan. Many of those children were young, some so young that they were barely eleven.

They were scared, perplexed and emaciated for staying too long in the bush. “El monte”, this is what is called the area away from urban centers where children live while being trained after being kidnapped.

It was heartbreaking to see girls, so girls still, barely able to carry their babies in their arms. Their faces showed despair. Most were weak and seemed anemic. Those who were pregnant had their eyes lost, with a sad expression of uncertainty. 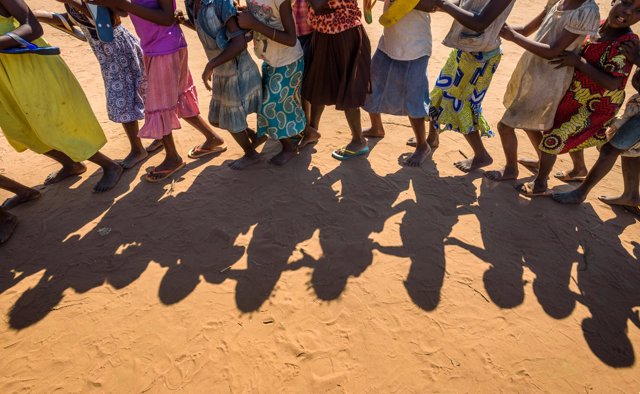 World Vision, with the support of UNICEF and other partners, launched a specific program for Comprehensive Case Management and Community Psychosocial Support, an initiative aimed at providing assistance to children who were released from armed forces and groups. At that time the program helped the healing and integration of 988 children but many more could not escape their captivity and thousands more could be in danger of kidnapping.

Gina, whose name is not real, found comfort in the support of the social worker, her family and World Vision while trying to rebuild the pieces of her life after the kidnapping.

The Provisional Care Center has been a crucial starting point for unaccompanied and separated children, for those who needed special attention, for those with mental health problems, and so on.

This center has been recognized as the best practice to rehabilitate children using community-based solutions. It is a springboard for evaluation work, specialized care and family reunification. However, a successful reintegration requires long-term programs to address the multifaceted needs of these children. Programs must go beyond the first year of rehabilitation if we want to think about the reintegration of minors. 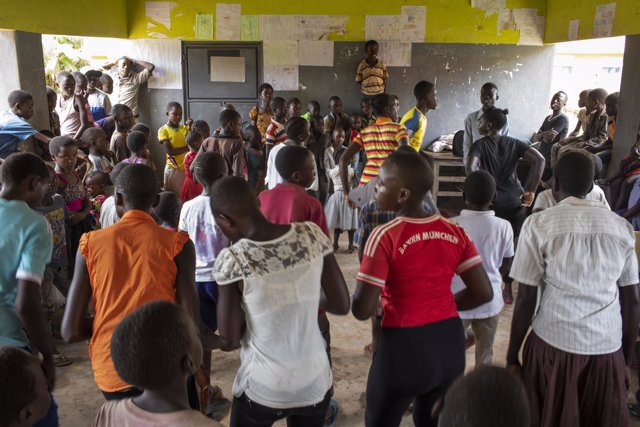 Child soldiers in a reintegration program supported by World Vision

We should not think about working alone with children after kidnapping and torture. We must begin by intensifying long-term programs with child soldiers, in addition to demanding an increasing role of the government in preventing the recruitment of children.
The Government of South Sudan passed a law that criminalizes the recruitment and use of children under 18 by the armed forces.

It is time to take another step and make collective voices stronger and make this law run. The current state of the country calls for a multiple approach that includes expanding context-appropriate interventions to support children released on the road to a new life.

We cannot forget that we must continue to use all our efforts to ensure that the multitudes of minors still in captivity are released urgently.

We are talking about 19,000 children currently associated with the country's armed forces and groups. We cannot give them back their childhood, but we can offer them a future in which they live fully integrated and have the support of their family, community and institutions.

Sara Netanyahu, the wife of Israeli Prime Minister Benjamin Netanyahu, has violated the country’s detention rules by welcoming her hairdresser to her home, according to the newspaper “Yediot Ahronoth”.

He spread his influence across the U.S. and around the world through a combination of religious conviction, commanding stage presence and shrewd use of radio, television and advanced communication technologies. You can hear his fiery preaching in this video. ____ Photo Credit Raquel Quezada, via Associated Press 4. Border Patrol agents are searching people and…

Image copyrightGetty Images The number of women using donated eggs has risen sharply in the past 10 years, latest figures show. There were 1,912 women who had IVF using a donor egg in 2006, compared to 3,924 in 2016, the Human Fertilisation and Embryology Authority (HFEA) said. It attributed the rise to a greater awareness…

Now, a group of patriots from the province that gave the world poutine is trying to reclaim it as its own. They insist that poutine — long mocked by Anglophone Canadians as a low-grade hangover cure — is being unfairly usurped by the rest of the country. Identity politics are no small matter in Quebec,…

As chairman of the board of the Nighthawk Group, an international barter and trade organization involved in other luxury assets, James Bolin possesses a deep knowledge of global markets and commerce. Operating in several countries, Nighthawk and its partners has amassed a global presence that holds major strategic influence on the world monetary stage. Possessing…