What motivates us to be entrepreneurs? Many of us are and we don’t notice, but What drives us to start a company? It is different for every person, for Mariana Carrillo, creator of Chez Vous and who managed to invest 1.3 million pesos in Shark tank Mexico It was his wish to study abroad and his love for Mexico.

“Before I started, I always wanted to be a great manager in communications, and in my imagination, right? Godínez forever, but when I went to France to study for a master’s degree, everything changed accidentally, “says Mariana Carrillo, founder of Chez Vous, first in an interview for entrepreneurs in Spanish time Coffee from Mexico.

The young woman studied public relations and has spent her last 13 years in areas related to her university career, both in agencies and in companies. In 2015 she moved to Paris, France because she met a Frenchman and this wanted a Masters abroad. What Mariana didn’t know was that these would be the steps that would make her find her passion for entrepreneurship.

“In the last year of the master’s degree, they teach you how to challenge current forms of work. Apart from wanting to join a company to work, you can see that you are part of your own business and that it bears the coat of arms of entrepreneurship, “explains.

At the same time that the entrepreneur was completing her master’s degree, she was working for the European Commission, an institution where she was responsible for scientific dissemination projects and where she was eventually offered a permanent position.

“At that time I talked to my current husband about whether we want to continue our life there because I also missed Mexico very much. I had been in Paris for a couple of years and had seen and known enough that I was very excited, that he was alive and knew what was the same part of my culture and my country, “he says.

So they decided to go back to Mexico and launch Chez Vous, the first coffee in town. A time café is a concept that combines the best of a cafeteria with workplaces. It’s a place where you pay for the time you spend instead of paying for food or drink.

“This time, café is not Coworking where you have to pay a monthly payment or is closed to business, but even if you have a board game, read a book, or want to have a good coffee, you can do it, it’s like a mix of a coworking and a regular neighborhood cafe “

In addition to working areas with unlimited coffee and drinks, Chez Vous also offers events such as Carajillo night and table games, conversation classes in French and Mario Kart tournaments. 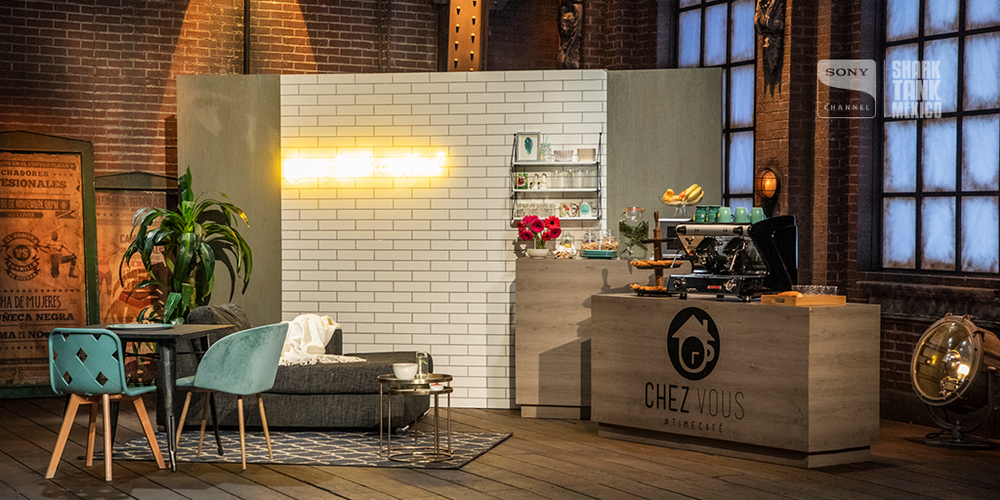 The birth of Chez Vous

What are we going to do? It was the question that Mariana and her husband were concerned with. At first they had no idea how to start, but the young entrepreneur came up with the concept because she had been interviewed in a place like Chez Vous in her first few months in the European country.

“When I arrived in France, I had my first job interview, a coffee, and when I entered my French I was very young and I still didn’t understand where the place was. They gave me a card and I got on. I thought it was really cool that there were a lot of people working, each for themselves and when they explained what was going on, I was shocked and said ‘woow’, it doesn’t exist in my country and it was there ”, says Mariana.

The PR expert became a returning client to these locations, and even if she had to do her master’s thesis, she could concentrate better there.

“So I said to my husband: ‘I am sure that such a concept does not exist in Mexico and two begin as a boom in the Coworkings, but this is a very interesting mix that I think the Mexicans would very much like and that I don’t yet have, ”said Mariana.

They then examined and conducted a market study, spoke to the owners of the Parisian time café, and expressed their ideas about bringing the concept to Mexico, but there was no follow-up to what they said: “It doesn’t matter if we do it don’t do with them, we’ll do it “.

It took about a year from her move to the Aztec country to the opening of her first branch in 2018.

In the garage of a house 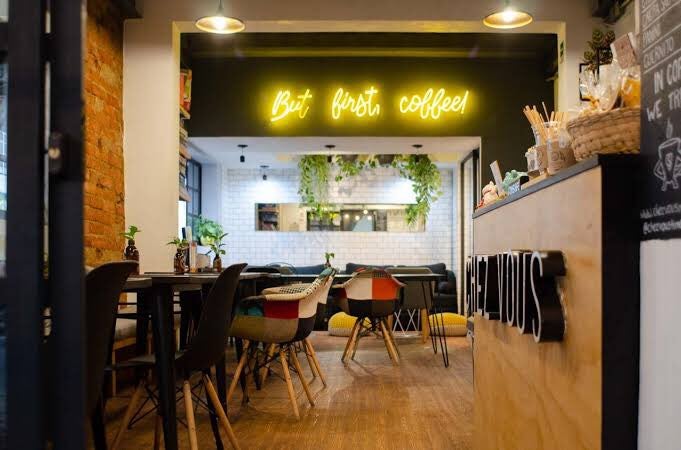 Mariana and her husband had savings that enabled them to raise more money to open the first store. However, the young entrepreneur’s parents offered to sell a truck so that they could reach their first destination with the sale, but they were the victims of a fraud and lost the 500,000 Mexican pesos that they would use as an initial investment.

“And the truth is that as an entrepreneur, everyone says to you, ‘You go on, if it were easy, everyone would do it, and you have to put up with it.’ And it’s okay, but how many things do I have to endure? ”Mariana explains.

This was a turning point for entrepreneurs when they wondered whether to continue or return to France. The young people decided to go ahead and, in the best Steve Jobs style, rented a friend’s garage in Condesa, Mexico, where they founded the first Chez Vous store.

“There were only 12 extremely close people, we had a super coffee machine and it was the super machine and the local mini … we started with what we could and said: if we go we will grow,” he explained.

They saved everything they deserved for 11 months, and finally they were able to move to a more convenient location in the Juárez district. With more space, they could place armchairs, a meeting room, a phone booth, and shared and individual tables.

Today it has another store in the Granada district and, with the investment from Shark Tank, has opened three more branches and expanded further in the main cities of the Mexican Republic. 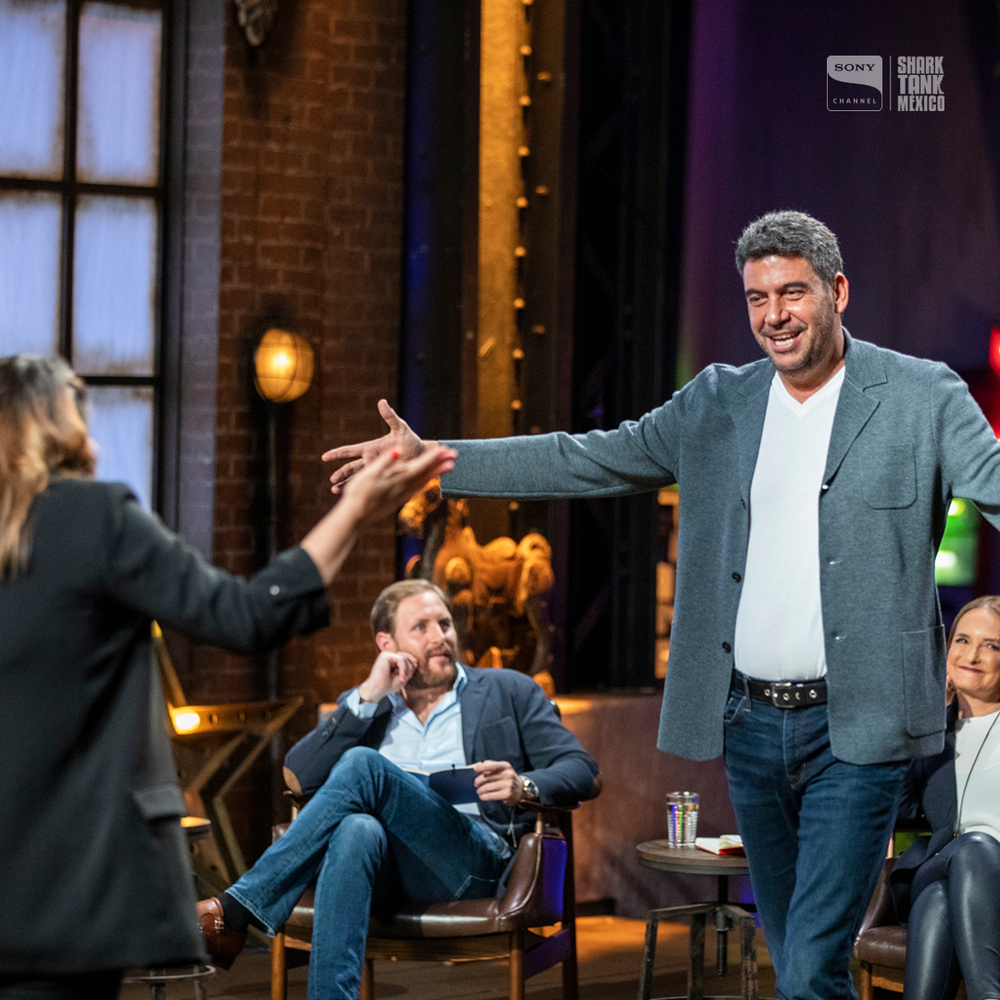 In the beginning, the founders of Chez Vous weren’t sure whether to take part Shark tank Mexico which airs every Friday at 10 p.m. Sony channelbecause the organizers of the program were looking for them in December and were doing everything they could to open the second office in January 2020.

Nevertheless, they decided to participate and invested 3.5 million pesos in 25% of their shares. The interested sharks were Rodrigo Herrera and Arturo Elías Ayub. After a negotiation, they closed the deal with 3.5 million for 49% of the shares with the option to buy back another 10% in less than two years after the company was signed. 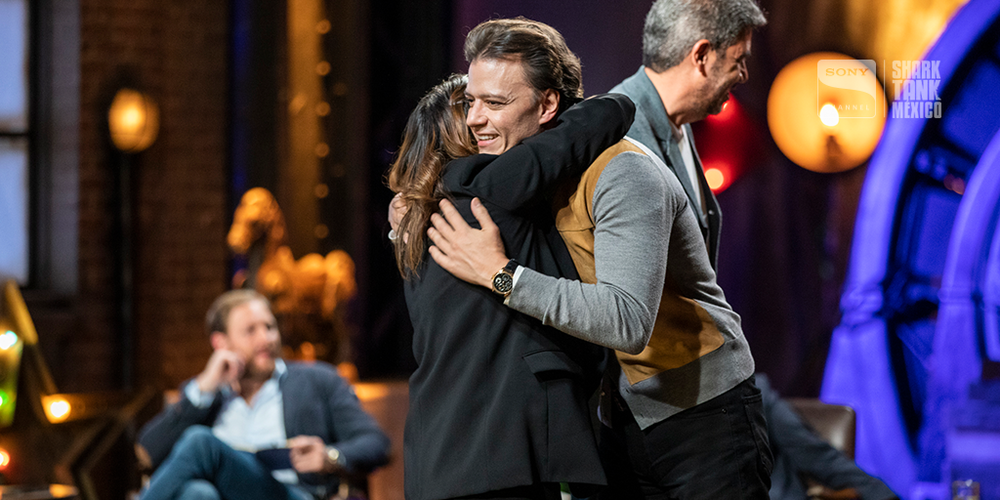 The business of the future

In March this year, all companies in Mexico had to reinvent themselves. Many companies sent their employees home because of the COVID-19 health emergency. Given this situation, Chez Vous was no exception and its owners spoke to their workers.

“We told them we would close, we didn’t know how long it would take, but we believed the right thing was not to expose them, so we sent them home to their salaries and had calls every week them, “explains Mariana.

The owners of Chez Vous decided to close their doors completely because selling coffee at home was not their industry, although they had recently decided to do so. “Everything that gives us life and energy is the hope we have of having Shark Tank behind us, and especially our post-COVID turnaround. This is still a trend in the future of work.”

According to Workana Market place Setting of freelancer In Latin America, the number of freelancers in Mexico reached 220,000, a net growth of 12% over the previous year.

The entrepreneur notes that the way of working will change. Companies have realized that they don’t necessarily have to get their employees to go to offices. As a result, there are now many more people who continue to work from home and the number of freelancers has also changed. increased.

“We want all employees to feel at home in the future, that Chez Vous (your house) ultimately means this and that they have an office near their houses, their customers or whenever they want. Go and have a good time , not just to work, “concludes the entrepreneur.

Everyone loves a good tip. Discover how to create this type of content and make it attractive to people. The opinions expressed by employees are personal. The following is an excerpt from the book Ultimate Guide to Link Building , 2nd Edition, by Garrett French and Eric Ward. These tips will help you create…

This syndrome has spread to government officials around the world and has confused doctors for years.

13 min read This article has been translated from our English edition. The opinions of the employees of You are personal. 17 Side Activities You Can Benefit From In 2020 Deliver food. Buy for others. Take care of the lawn. Be a freelance. Even if you have a full-time job, there is nothing wrong…