An officer during the protests in Chile. – Adrian Manzol / ZUMA Wire / dpa

Carabineros de Chile announced on Tuesday the suspension of the use of “rubber pellets” by the security forces as a “riot tool” in the context of “prudent conduct” after reiterating that the authorities are investigating the composition of the bullets acquired in 2017.

In this regard, the director of Police, General Mario Rozas, explained in a statement that the measure has been taken from the discrepancies found in relation to the composition of the pellets, both in the supplier's record and in the reports of the University of Chile and the Laboratory of Criminalistics of Carabineros.

Rozas has indicated that the 2017 record given by the supplier reflects the purchase of “a TEC brand ammunition, 12 gauge” and that “each cartridge contains 12 pellets, each measuring eight millimeters and weighing approximately seven grams.”

The officer has reiterated that it is “non-lethal ammunition”, but has not specified the differences between the analysis of the purchase form and the composition indicated in the laboratory study.

In this way, the pellets “can only be used, like firearms, as an extreme measure and exclusively for self-defense, when there is an imminent danger of death,” as stated in the statement.

“This restriction will be evaluated once we have in our possession the results of the complementary studies as we have requested in the external laboratories of Chile and abroad, as well as the complementary certifications requested from the supplier,” the text adds.

Rozas recalled that last November 10, he ordered to limit “the use of rifle shotguns only when there is the risk of life of police or civilians.”

At the beginning of the week, Rozas said that, according to the details of the manufacturer and the analysis of the police force itself, the pellets used to suppress the protests of recent weeks in Chile are rubber.

However, his statements took place after a report from the University of Chile pointed out that projectiles used by state forces contained only 20 percent of rubber and 80 percent of other compounds, including lead.

On November 14, the Court of Appeals of Concepción, the second city of Chile, accepted the appeal for protection filed against police and the Ministry of Interior and Public Security for the use of lethal weapons, pellets and tear gas against those who They participate in protests and peaceful demonstrations.

For its part, a report published by the National Institute of Human Rights (NHRI) has detailed that among the 2,365 injured, 42 have been from gunshot wounds, 774 from pellets, 400 from unidentified firearms, 45 from pellets 1,104 for blows and tear gas. In addition to a rebound of 217 people affected by eye trauma.

The protests broke out on October 17 for the fourth rise in the price of the subway in a few months but quickly escalated to denounce social inequality. At least 19 people have died and more than 6,000 have been arrested for clashes between protesters and security forces. The NHRI has denounced torture and other abuses to the arrested people. 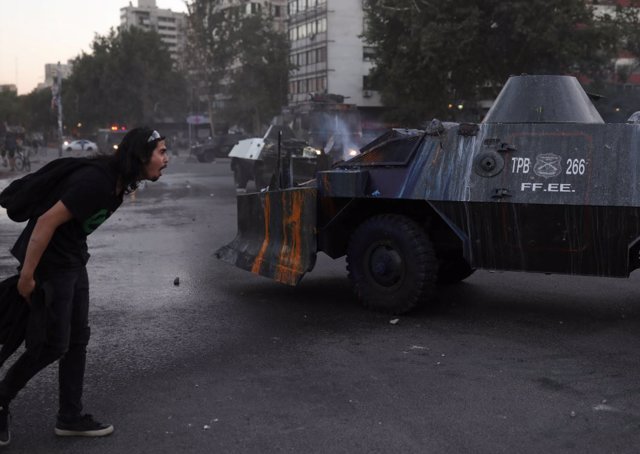 A protest yells at an armored vehicle during a protest against Chile's government, in Santiago, Chile – REUTERS / Pablo Sanhueza 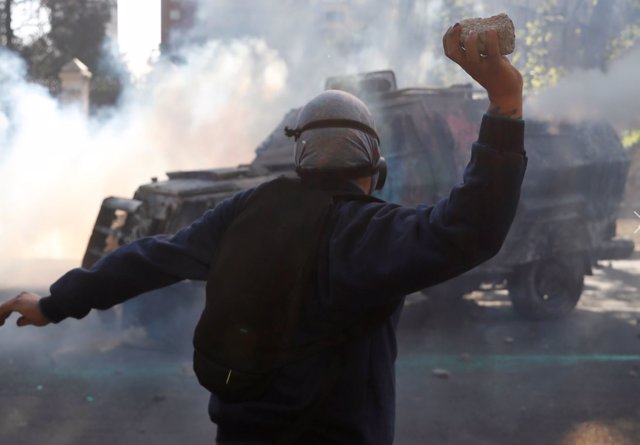 A demonstrator throws a stone at police vehicle during a protest against Chile's government in Santiago, Chile – REUTERS / Pablo Sanhueza 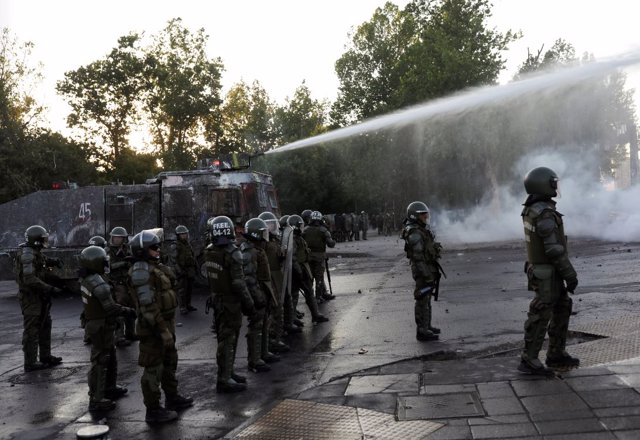 Demonstrators are sprayed by the security forces with a water cannon during a protest against Chile's government, in Santiago – REUTERS / Pablo Sanhuez 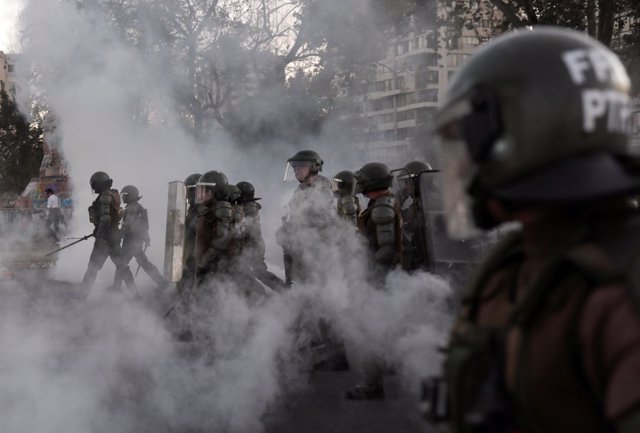 Members of the security forces stand guard amid tear gas during a protest against Chile's government, in Santiago – REUTERS / Pablo Sanhuez