Visual Capitalist estimates that WhatsApp users will send 41.6 million messages in one minute this year.

By Monica Mena Roa, In collaboration with Statista in Spanish

The world spends an average of 6 hours and 43 minutes a day online, but how much digital activity is generated in just one minute? 60 seconds goes by quickly, but during that time endless things happen in the online world.

Visual Capitalist estimates that around 347,000 new articles will be published on Instagram in one minute this year, WhatsApp users will send 41.6 million messages, and 319 people will open an account on Twitter. Though staggering, these numbers are just a small sample of the rapid pace at which data and activity are generated and shared on the Internet. And as if that wasn’t enough, everything indicates that internet activity will continue to increase. This will be achieved, among other things, by the introduction of 5G and the increase in the number of people with internet access in the coming years. 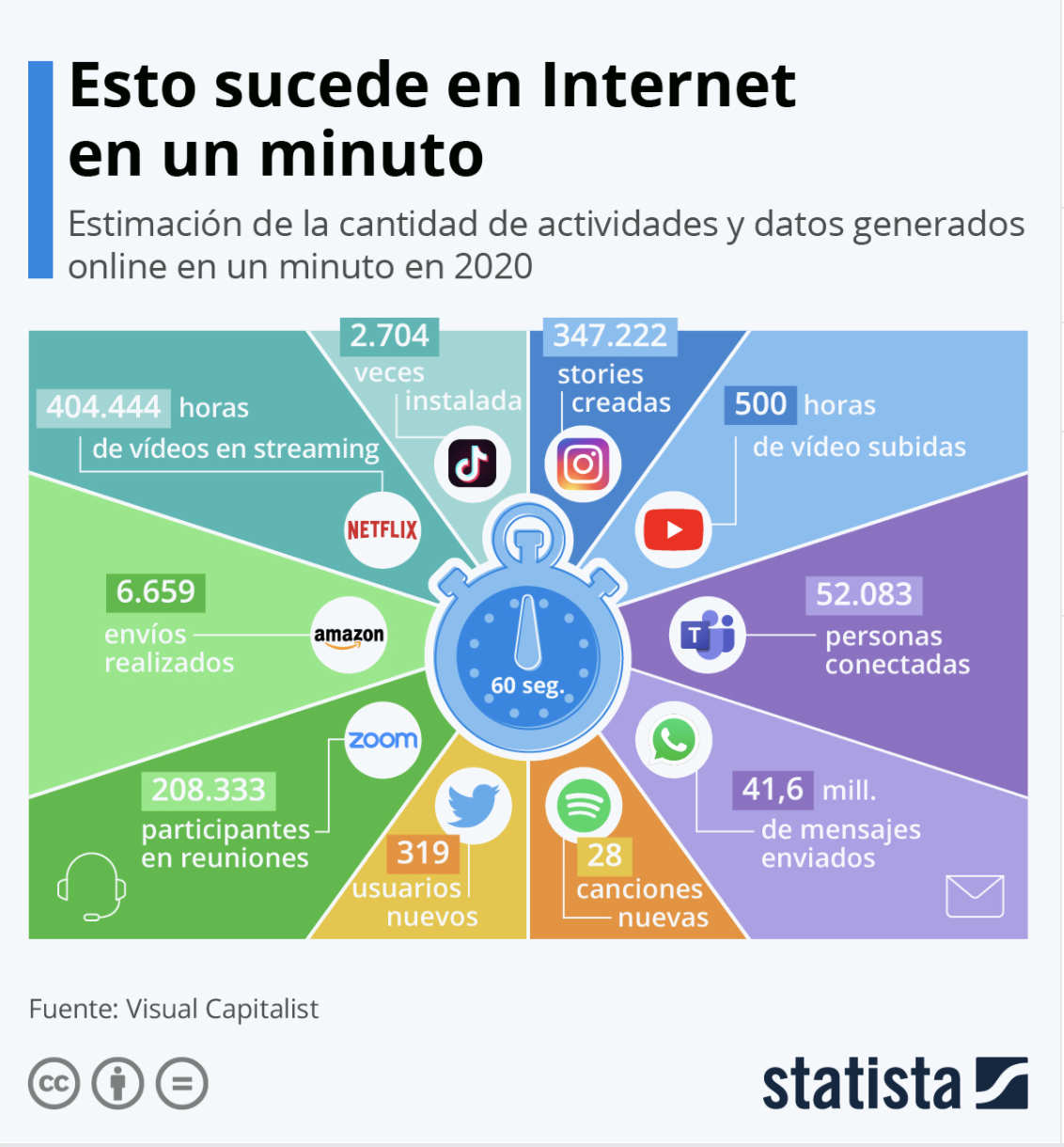