and. The economies of both countries are expected to recover in 2021: Mexican GDP will grow by 3.5% and that of Brazil by 2.8%.

The International Monetary Fund (IMF) has updated its global economic forecasts. According to his latest predictions World economy will shrink by 4.4% in 2020. This represents a slight improvement over the agency’s latest June 2020 outlook, and the company estimates that it is due in part to China’s rapid reopening and incentives in the rich countries at the root of the coronavirus pandemic. Despite this slight improvement, the IMF warns that the economic recovery “is likely to be long, uneven and uncertain”.

According to IMF calculations, Spain will suffer the biggest collapse of industrialized countries this year as its GDP will fall by 12.8%. However, the forecasts for 2021 are more optimistic as Spain’s GDP is expected to grow by 7.2%. In 2020, the other so-called “advanced economies” such as the United States (-4.3%), Germany (-6.0), Japan (-5.3) or the United Kingdom (-9.8%) the decline in GDP will be less. China, on the other hand, will avoid a recession with a real GDP increase of 1.9 percent.

Both major Latin American economies, Brazil and MexicoThis year they will see a decline of 5.8% and 9% of their GDP, respectively. The economies of both countries are expected to recover in 2021: Mexican GDP will grow by 3.5% and that of Brazil by 2.8%. 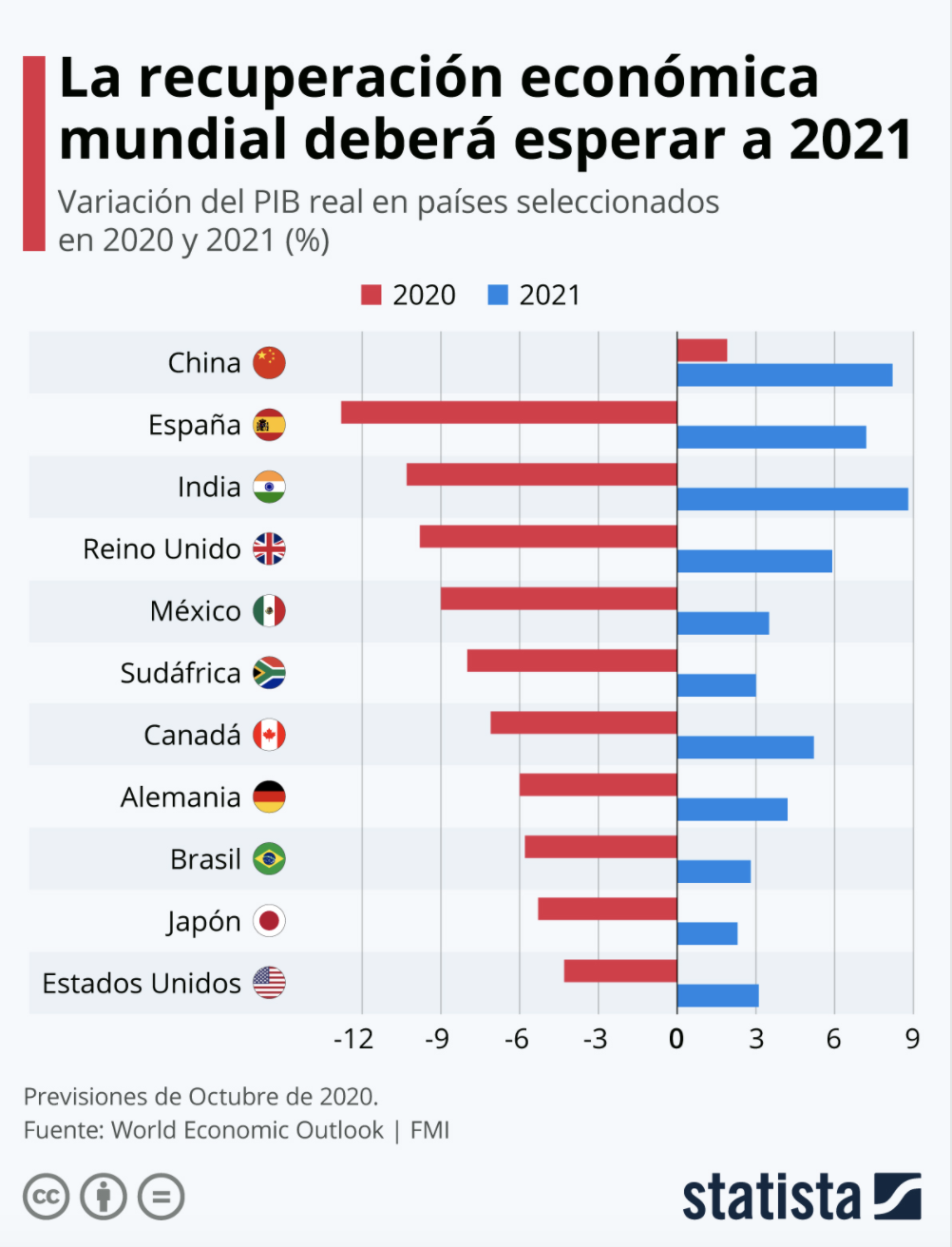 This finding would indicate that water can be distributed over the entire surface of the moon, not just on the hidden and cold side as previously assumed. 3 min read There is water on the moon! NASA announces discovery NASA’s SOFIA observatory announced the discovery of Water molecules (H2O) in Clavius ​​Crater, one of the…

8 min read The opinions of the employees of You are personal. The process of appreciative inquiry invites you to practice the FOAR method, which consists of examining strengths, opportunities, aspirations, and results. How to highlight the good to strengthen the strengths In the wide world of human behavior, we know that there is…

You can enjoy “Who lost a panda?” this Sunday, May 24th. Increase your business, Not your inbox Stay up to date and subscribe to our daily newsletter now! Read for 3 min Cinemex announces its first FREE feature online. Here are the details of the premiere! This story originally appeared on Cinema Premiere By Brenda…

Only CDMX reported that 335 stores in shopping malls closed from April to September. 3 min read Luxury stores are another sector suffering from the aftermath of the pandemic, according to the report The economic situation caused by the COVID-19 pandemic has resulted in many companies suffering huge losses in both monetary and human capital….

According to the specialist from the Ministry of Health in Durango, José Antonio Candelas González, the situation of the Covid-19 pandemic is expected to worsen in January and February. 4 min read January and February will be the worst months of the coronavirus pandemic, according to a Durango infectologist The infection scientist of Minister of…