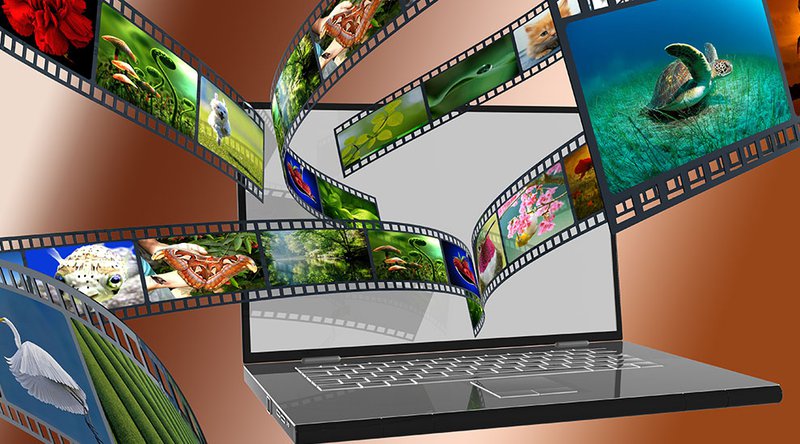 RNDR is now announcing partnerships with blockchain developers zeppelin_os and Decentraland. Senior executives of both companies are joining Hollywood director and producer J. J. Abrams; the founder of Brave and Basic Attention Token, Brendan Eich; and talent agent Ari Emanuel on the RNDR advisory board.

“The RNDR Network that OTOY has created will revolutionize the way that entertainment is produced and created — in a similar way to what we have seen happen since the introduction of streaming,” Emanuel said in conversation with Bitcoin Magazine. “I don’t think there is going to be one aspect of entertainment or media that won’t be affected by this and the addition of blockchain-based content distribution.”

RNDR wants to accelerate an immersive VR future, allowing content creators to crowdsource the power of graphics cards across its peer-to-peer (P2P) network. “The concept for RNDR has been in the works for some time and the reaction we’ve seen so far is highly encouraging,” said OTOY CEO Jules Urbach. “We’re now in an excellent position to deliver on our mission of democratizing the process of complex rendering.”

The Render Token (RNDR) platform, powered by the Ethereum blockchain and currently in alpha testing, is expected to be released later this year.

“[RNDR] will allow complex GPU-based render jobs to be distributed and processed on a peer-to-peer network, making the transactional process of rendering and streaming 3D environments, models, and objects much simpler for end users,” reads the RNDR white paper. “Furthermore, the Render Network will eventually evolve to include crowd sourced 3D projects to digital rights management, creating a vibrant new marketplace to fund digital ideas, assets and applications that anyone can access and leverage.”

“Our plans to create a fully distributed network of idle GPUs have been in the works for nearly a decade, since OTOY’s initial work on the project in 2009,” Urbach told Bitcoin Magazine. “With the technology at the stage where our concepts can now become a reality, we are better positioned than ever to crowdsource the power of graphics cards and simplify the rendering of 3D objects and holographic environments. Our partnerships with well-known blockchain partners like Brave, Zeppelin and Decentraland bring us even closer to the vast, distributed network we envision.”

Zeppelin_os provides an operating system (OS) for the development and secure management of decentralized applications. It is an open-source platform of tools and services, initially built on top of the Ethereum blockchain, but with a plan to expand to other blockchains when relevant. Zeppelin_os, which aims to become a core building block for the future of applications in the decentralized web, will provide an on-chain smart contract library that developers can call on to provide standard and common functions in their applications.

“We are proud to partner with RNDR to achieve our mission of creating the next generation of smart contract infrastructure,” said Zeppelin Solutions CEO Demian Brener. “I’m proud to join RNDR’s advisory board because they share my mission of creating the next generation of a smart contract–powered economy,” Brener added in conversation with Bitcoin Magazine. “We look forward to supporting the RNDR distributed network of cloud rendering technology as one of the main applications to be supported in Zeppelin_os.”

Decentraland is a VR platform, powered by the Ethereum blockchain, that allows users to experience, create and monetize VR content and applications. Decentraland users will now be able to power the creation of assets on the Decentraland platform with the RNDR GPU network.

“I chose to join RNDR’s advisory board because they share my mission of creating an open, decentralized Metaverse,” said Decentraland co-founder Ari Meilich. “We hope that, with the launch of their platform, Decentraland content creators will be able to rent GPU power in a P2P network. RNDR has the potential to increase the pool of GPUs available by 3 to 4 orders of magnitude, compared to the public cloud.”

Japan’s Financial Services Agency (FSA) has released domestic cryptocurrency trading statistics for the first time. According to data gathered from 17 cryptocurrency exchanges in Japan, as of Mar. 31 this year, the country has at least 3.5 million individuals that are trading with cryptocurrencies as actual assets. Among them, crypto investors in their 20s, 30s…

The company defines the start of the next update of “Evonet” and states that the dash platform will be released at the end of the year. He Dash Core Group plans to release another update for its dash platforms in late Augustas announced by the company. The group recently published their third version for your…

This is a paid press release, which contains forward looking statements, and should be treated as advertising or promotional material. Bitcoin.com does not endorse nor support this product/service. Bitcoin.com is not responsible for or liable for any content, accuracy or quality within the press release. Gaming startup B2Expand has launched the beta version of its…

On Tuesday, a House subcommittee released a detailed report in which Big Tech is in the crosshairs of major cartel reforms. The four companies at the center of the report, Apple, Google, Facebook and Amazon have been in trouble with Congress for some time. While the tone of the recent conversation applies to these companies,…

Lately I have been digging into blockchain and decentralised apps to educate myself and improve my knowledge. To make the learning process fun I decided to build my own Ethereum based token and understand the process of launching an ICO (Initial Coin Offering). This article aims to give you an overview of how smart contracts…