Living in an environment where technology covers much of our space and time, Computers They have become an indispensable tool of our everyday life thanks to the multitude of functions they offer to meet the diverse needs that arose in the post-digital era. The market for this product is full of options for all types of niches: graphic designers, photo and video editors, music producers. One of the categories with the most effective equipment in terms of operation and performance is gaming.

What makes a gaming PC or laptop so special are the components that make it up: Processor, RAM, motherboard, graphics card and graphics card. These elements allow you to play video games with relatively efficient performance and provide a pleasant gaming experience, in some cases even better than on a console. It is not possible to play video games with a “normal” computer because it does not have the same properties as a game computer. So if you try to run a game, it will surely end crash.

For the gaming community, purchasing a computer that specializes in video games is a major investment, as the growth in the competitive arena (such as eSports) and the spread of streaming make it likely that the future of gaming will be set on the PC. The number of console players migrating to this platform is increasing.

Many would think that a gaming computer is only for gaming, and while this is its main function, it is also possible with this device to perform tasks that another type of computer offers. Let us assume that the added value of these machines is, among other things, the possibility to play and surf the Internet, write texts, edit photos and videos.

Players who invest their money in a computer to play video games have two purchase options: you can buy a manufactured computer or assemble your own unit. For some, the second option is preferable because it is usually cheaper because the computer parts are purchased separately and you can choose the one that works best for you. However, others prefer to skip the search for components one by one and buy a computer from the factory.

The rise of PC gaming

This industry is currently experiencing a high growth rate due to the large number of players who migrate to a PC or simply prefer to buy a computer rather than a game console. “Gaming computers are being used more and more because the community is better informed about the benefits of this industry,” commented Eduardo Díaz, director of the Mexican Academy for eSports.

Owning a gaming PC offers a variety of advantages over game consoles and computers of other categories. The features offer greater precision in aspects of the game, such as: B. Performance improvements and more sophisticated graphics for services offered by the same device: a variety of video games, connectivity, social experience, various peripheral options to customize the equipment (keyboards, mice, monitors).

Mexican players have created demand for the production of PCs and laptops. In 2019, they dramatically accelerated the growth in the popularity index of this industry. These consumers have continued to search the market for products that continue to meet their needs, so sales of this type of computer continue to grow (Euromonitor). 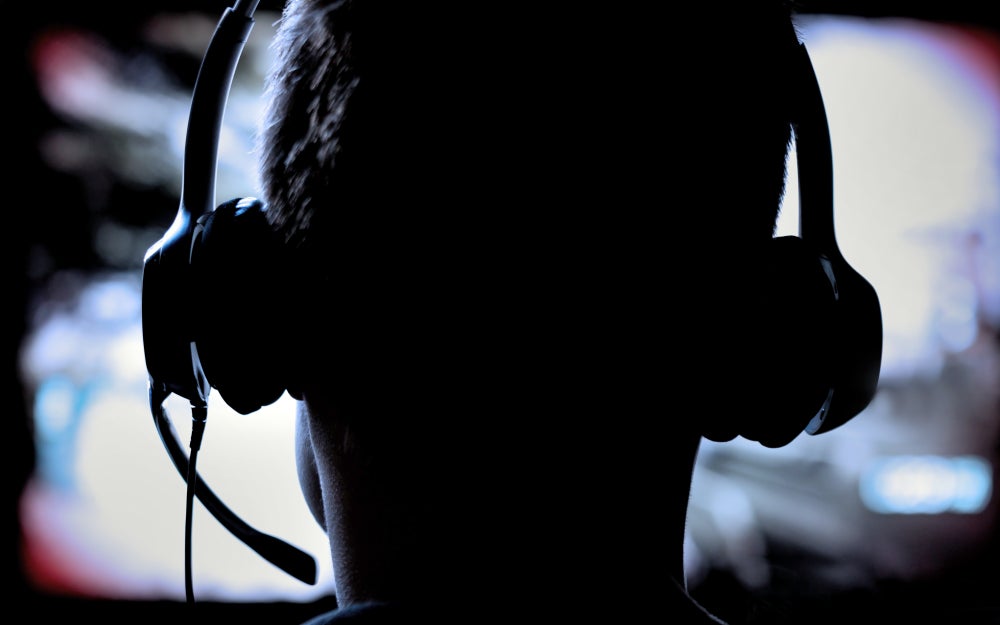 Mexican players have created demand for the production of PCs and laptops / Image: Depositphotos.com

Another factor that, according to Eduardo Díaz, has influenced the prosperity of PC games is the competitiveness that exists within the game. “The gang has recognized that eSports can take them to the next level of PC gaming. Console players are at a disadvantage compared to PC gamers.”

Recently the Crossplay in titles like Fourteen days and Call of Duty: war zone. This online modality enables games between players from different platforms (PC – Xbox – Play Station – Nintendo Switch). This new game mode confirmed speculation that was long discussed in video game forums: PC users have an advantage over any other platform. Eduardo Díaz explains that the reason for this statement lies in the fact that “computer gamers can work more precisely and faster with the mouse. On the other hand, the joystick is slower and less precise, which is why the players are disadvantaged. “”

In search of more competitive competitors, many console gamers switch to PC games. The inspiration of many is the desire to play professionally. Some video games like Overwatch and League of legends They have professional esports leagues that open the door to thousands of fans of this industry to make their dream of playing in the big leagues come true.

If you are a gamer looking for a new computer to maximize the PC gaming experience, in the list below you will see some laptop models that quite well meet your expectations. 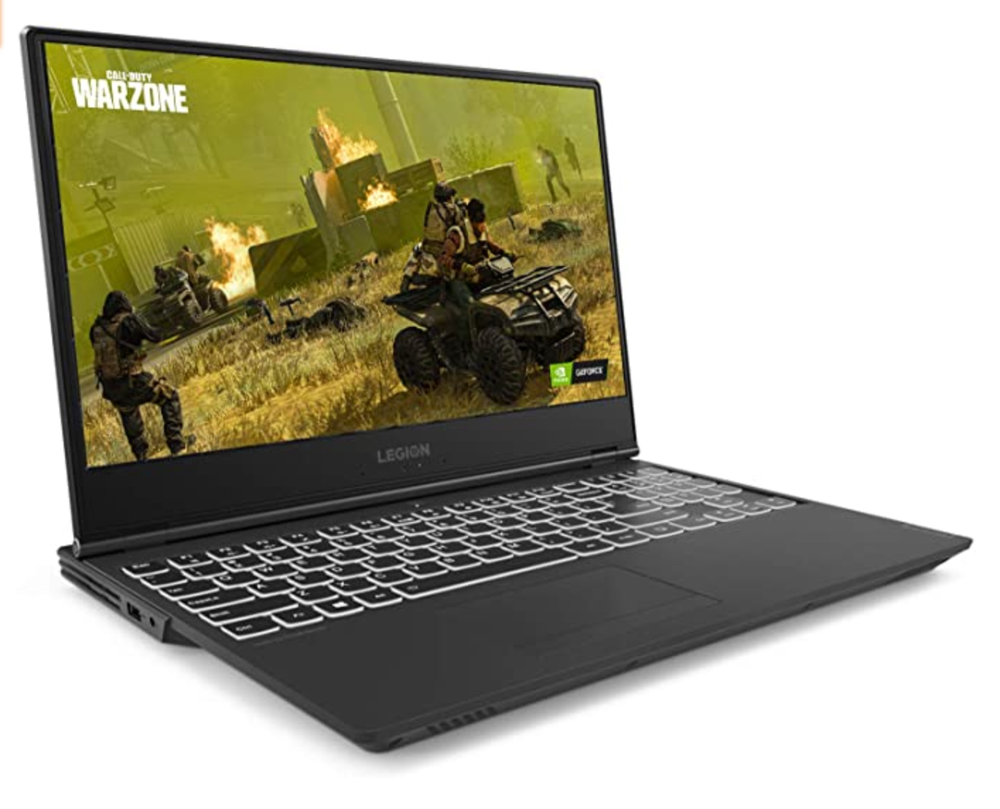 This Legion series laptop features a 15.6-inch IPS screen with FHD resolution and a refresh rate of 144 Hz. The computer consists of a 9th generation Intel Core i7-9750H processor and an NVIDIA Graphics controller. Here the customer can choose between models such as the GTX 1660 Ti, the GTX 1650, the GTX 1050 3G and the RTX 2060.

The main memory of the device has 8-32 GB DDR4-2666 memory and a 1 TB PCle solid-state drive or a hard disk with up to 2 TB. The device enables connections via three USB Type-C ports. a second generation USB 3.1 port; HDMI and DisplayPort input and connectivity for Ethernet, Wi-Fi and Bluetooth

The computer is equipped with Harman speakers and Dolby Atmos sound technology. a coldfront cooling system for controlling cooling, temperature and airflow for both the CPU and the GPU as well as a 52.5 Wh battery with up to 5 hours of autonomy. 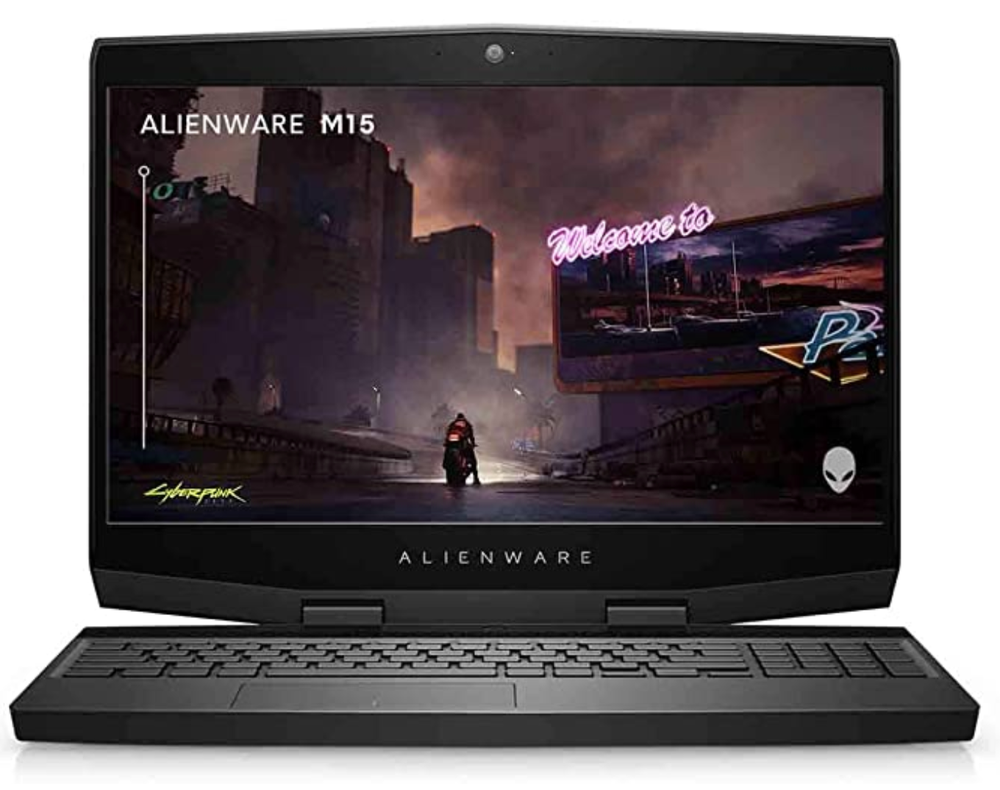 Alienware (from Dell) is a pioneer company for gaming computers. A few years ago, it was the only company that manufactured this type of machine for the gaming community. Over time, the company has managed to position itself in the industry as a developer of some of the best models on the market.

The Alienware M15 has a 15.6-inch display with FHD 50Hz IPS or FHD 155Hz TN resolution. The highest version of this product offers a 4K 60Hz IPS monitor. The processing unit for this device can be between an 8th generation Intel Core i5-8300H or an i7-8750H. In the graphics component, the buyer can choose between an NVIDIA GTX 1060 or 1070 Max-Q GPU, which can be equipped with 8 to 32 GB RAM. The model supports dual storage drives or hybrid hard drives with a capacity of up to 1 TB. 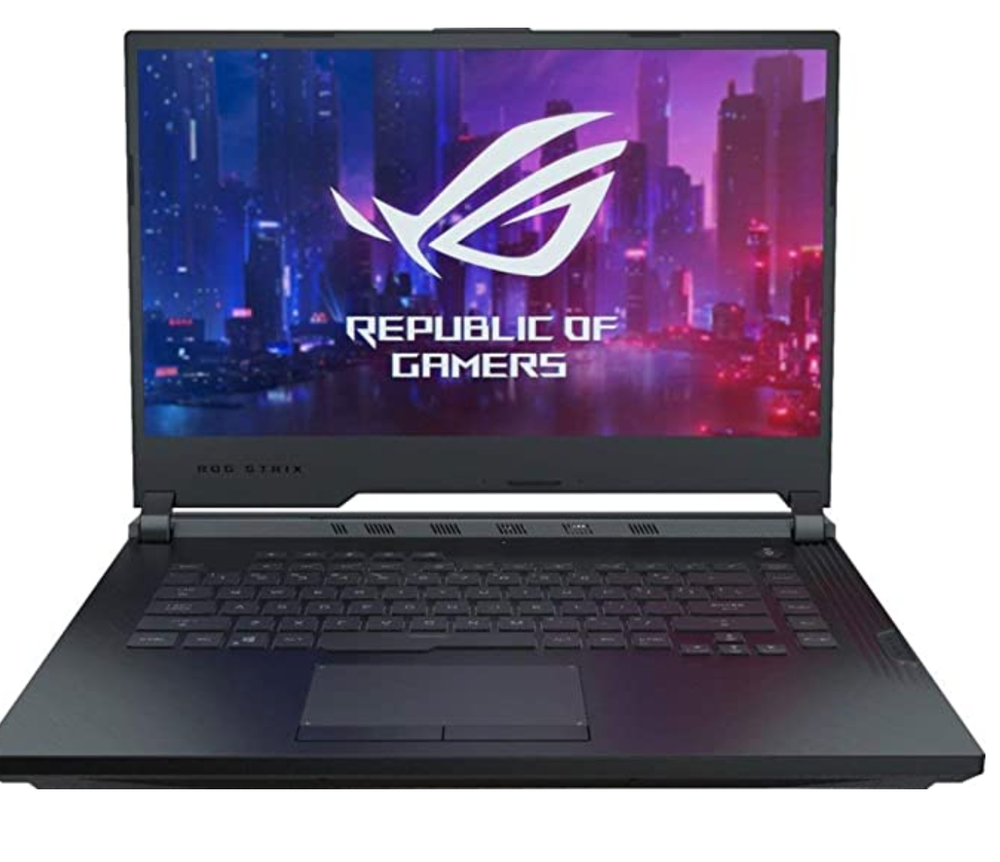 Republic of Gamers develops fairly competitive gaming laptops, including the Strix G531GT. This laptop has an Intel Core i7-9750H processor unit and a 15.6-inch LED display with FHD backlight. 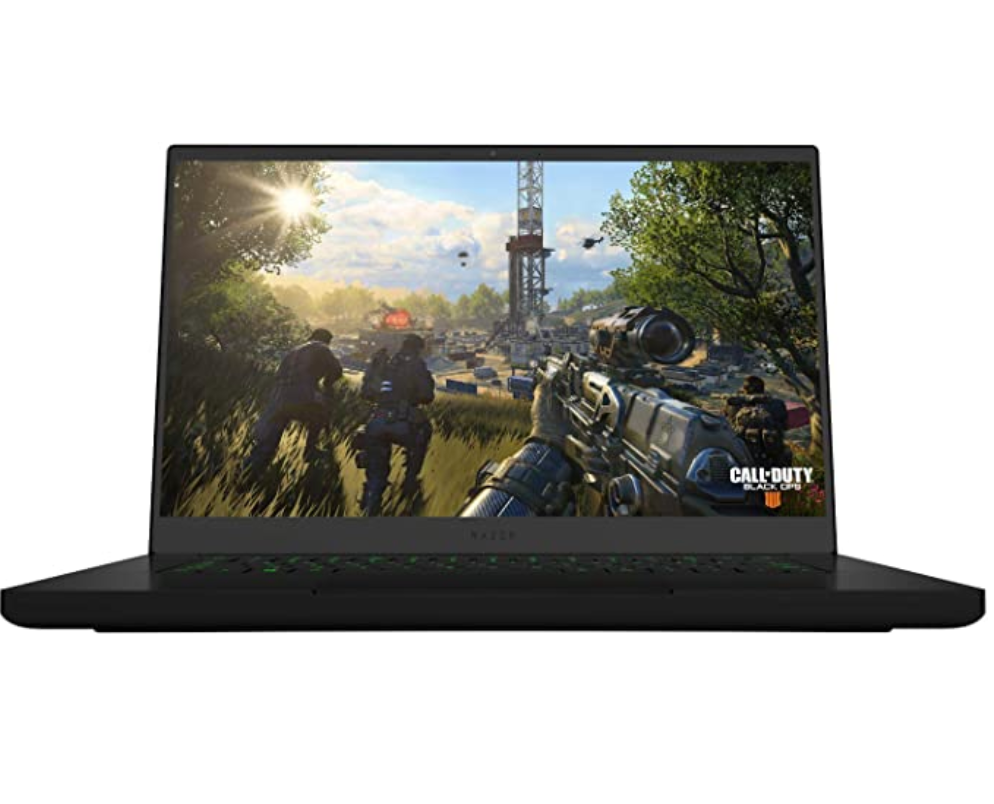 Despite the fact that Razer is a brand that focuses more on manufacturing PC peripherals, it also owns its line of gaming computers. One of the newest on the market is the Blade Stealth 15. 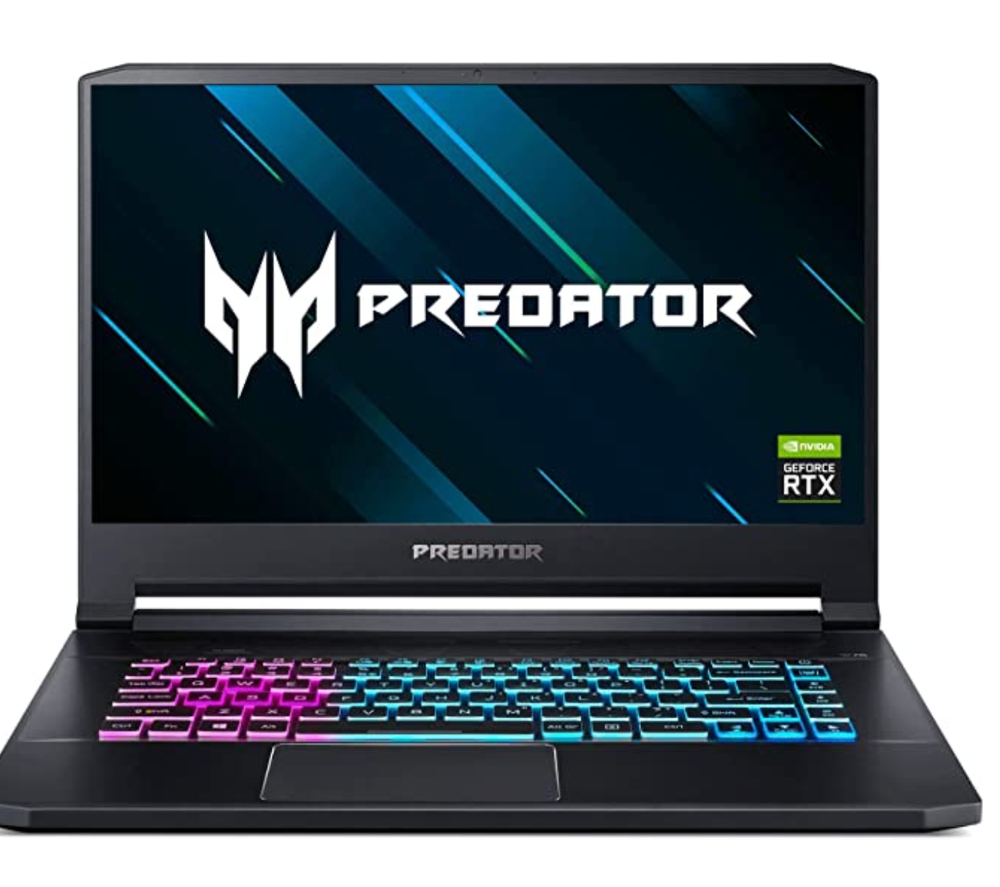 The product has Bluetooth, Wi-Fi and Ethernet connectivity. A USB-C 3.1 port with Thunderbolt 3, a USB 3.1 Type-A port, three USB-A 3.0 ports, a microSD card reader, an HDMI port, a MiniDisplay input and an 82 Wh lithium battery are installed.

The images obtained from Nanographics will be useful for scientists to understand and fight the coronavirus more effectively. 2 min read The opinions of the employees of You are personal. These are the first real images of COVID-19 Austrian company specialists Nanographythe Technical University of Vienna succeeded in creating the first real and three-dimensional…

Bill Gates lived in a “love-less” marriage before announcing his divorce to Ms. Melinda, according to sources close to New York Post. The world’s most powerful philanthropic couple announced the end of their 27-year marriage earlier this month because, as the Microsoft co-founder said on his Twitter account, they “no longer believe that we can…

The wave of criticism came through social networks, where they call it inexcusable that he should sell a weed at such a high price. 4 min read Zara is doing it again! Now he sells bathroom grass for 300 pesos and a mop with a bucket for 1,600 pesos Innovation is part of a brand….

There is no information on hiring plans and prices yet. 2 min read Disney + announces its launch date in Mexico This story originally appeared on Cinema Premiere By Luis Angel H Mora After many months of speculation and rumors, we finally know when it will arrive Disney + to Mexico and the rest of…

This simple checklist can help attract investors no matter what dollar amount you’re looking for. 6 min read This article has been translated from our English edition. 5 things you should never tell a journalist The opinions of the employees of You are personal. Can I pay you to post my story? It’s unofficial…