Police on Wednesday arrested the man who had entrenched himself early in the morning inside an archeological museum in the town of Saint-Raphaël, in southeastern France , as reported by the television network gala BFM.

The individual entrenched himself within the cultural center after accessing around 8.00 a.m. and after they appeared on the museum's facade painted with threatening expressions in Arabic. According to a first translation, one of the graffiti warned that the museum would become “hell.”

The man has been arrested by agents of the elite tactical unit of the French National Police RAID after he refused to speak with the security forces. The police operation that has allowed the arrest has not caused injuries. The suspect has not yet been identified , according to the gala television network.

At first, the newspaper 'Le Figaro' has indicated that inside the museum there would be one or two people entrenched . Saint-Raphaël is a town that belongs to the department of Var, in the southeast of France. 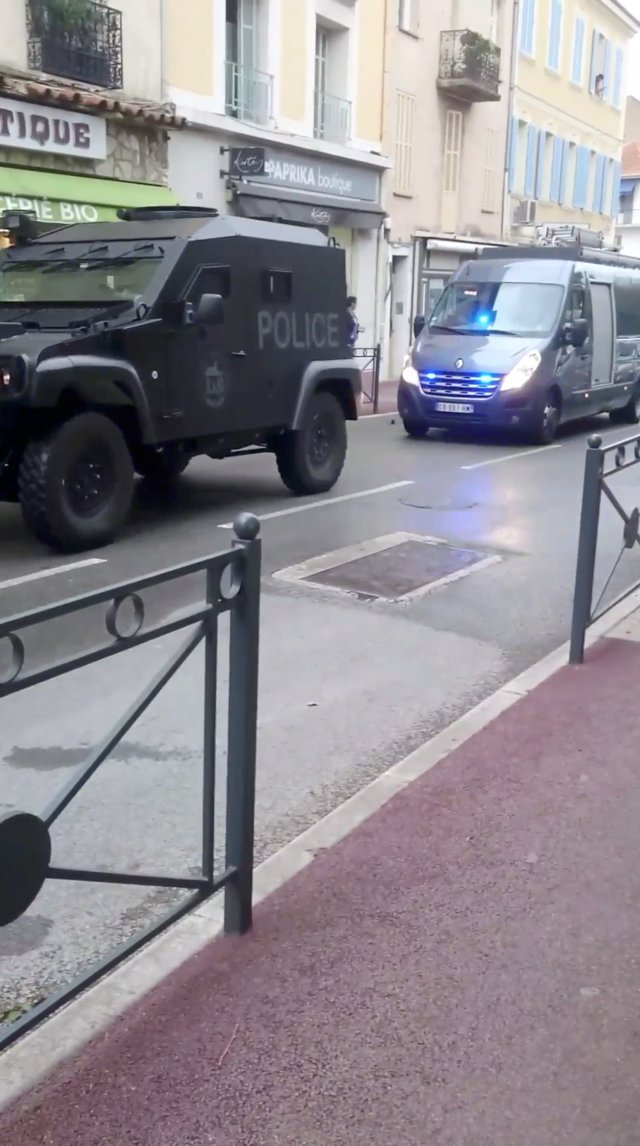 Police arrives near Musee Archeologique in Saint-Raphael, France October 23, 2019 in this screen grab taken from a social media video – Reuters

On Sunday, Mr. Zhdanov was detained by the police and sentenced to 14 days of administrative arrest for hindering access to transport infrastructure by organizing an illegal rally. The landfill crisis started in June, when residents of Balashikha, a large satellite town just outside Moscow, complained to President Vladimir V. Putin during his annual call-in…

United Nations agencies have noted an increase in the number of Venezuelans leaving the country and fear that if the trend continues, the 6 million migrant and refugee threshold will be exceeded in one year with up to 800,000 additional displacements. for the next twelve months.

United States President Joe Biden spoke on Saturday for the first time since taking office with United Kingdom Prime Minister Boris Johnson, with whom he agreed to “strengthen the special relationship between the two countries”.

The 23-year-old, who plays for Premier League champions Manchester City, posted a picture of himself training with his England teammates at St George’s Park. The tattoo of an assault rifle on his right calf clearly visible. When you’re training and realised you ain’t post on the gram in couple days.📸 A post shared by Raheem…

copied! On April 12, 1961, Soviet cosmonaut, Yuri Gagarin, made history at the age of 27 by completing a single orbit of Earth in approximately 108 minutes. After more than 50 years, Gagarin’s journey is still regarded as a key moment in space history that paved the way for all future space endeavors that followed.Apr.12.2018…