Women, oppressed or empowered? is the name of the book that the Fundación Banorte published with a detailed analysis on the subject of “Where are the Mexican women of the 21st century?” published. The results are clear: there are successful business women and university women; others migrate more to support their families and 28.7% run their households more.

In other words, there has been an undeniable empowerment of women in recent years, but there is still a long way to go because if we just contextualize that percentage it means that two out of seven Mexican households have a responsible wife.

If one of the principles of gender equality is for women to be in control of their economic resources in order to be independent and self-empowering, where does the balance tip?

According to the Association of s of Mexico (ASEM) take on 11.2% of women (in micro, small and medium-sized enterprises), while in other Latin American countries like Peru 29% do so. When we speak of senior management, the National Institute of Statistics and Geography (INEGI), women hold 31% of positions, 7% are members of the board of directors of Mexican companies; According to the OECD, only 2% of Mexican women are high-impact entrepreneurs (compared to 6% of men).

Many of them have found a stepping stone in their companies to advance their careers. Organizations like Babbel are actively fighting for gender equality. More than half of the 700 employees are women. Including more than 50% of managerial positions.

This work is augmented by Stranger Talks, a biweekly platform that Babbel offers Company employees to speak in front of an audience about diversity and its wide range of topics, including gender, race and religion.

But not all companies work alike. The Mexican Standard for Equal Employment and Non-Discrimination has existed in Mexico since 2015 and has certified 158 organizations. But what about the rest?

Given this scenario, which they know well and which differs from other government initiatives, empowered women organize themselves to mentor other entrepreneurs and executives, thus promoting the desired gender equality.

To commemorate this International Women’s Day 2019We leave you the guide for groups running mentoring programs to empower women and create a chain reaction that can change the face of Mexico:

Group founded by Gina Diez Barroso, businesswoman and director of several international companies. She is the only Mexican in the C200 (Women Business Leaders in the World) and represents Mexico in the G20’s W20 initiative. Her agenda for empowering women is very clear and complements the Women in Leadership Program, which includes several workshops. and individual courses for the personal and professional development of women offer a high value for the motivation to network among the participating women.

His creator, Ana Victoria GarciaAfter working in a business accelerator for 6 years, she found that there were few companies that were started by women. She started mentoring women entrepreneurs until she started her own business with an academy, accelerator and network of alumni to support the new generations as well. It’s #CulturaWomenPreneur for gender equality. 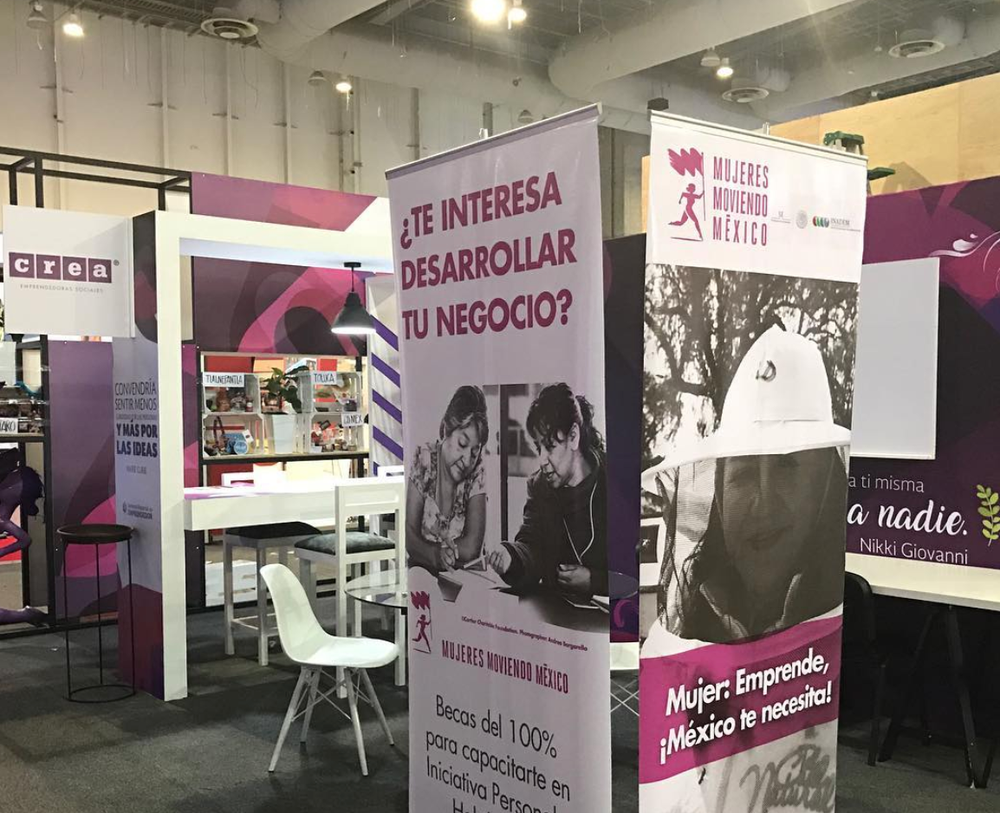 ship is not just about creating effective businesses. In Mexico there are millions of women in rural, suburban, and urban areas who still don’t have the voice or the tools to do it, and they can. He saw that Leticia Jáuregui He noted when he was finishing his university studies and doing fieldwork in Zacatecas, Jalisco and Michoacán. He saw a Mexico he didn’t know, so in 2008 he founded C.REA communities of social entrepreneurs, a non-profit organization that helps women from marginalized communities do business, such as selling candy, chocolates, hot dogs, or body creams. And for those who have already started, they provide the care they need to generate more income and make a greater impact in their communities.

It was born in 1997 and aims to encourage and develop its leadership by getting women to trust in their own ability to “YES I CAN” and thus climb positions in the companies in which they work. Programs exist for solving problems, achieving goals, and looking at business problems from a different angle. His method is based on the fact that in Latin America and the Caribbean, only 50% of entrepreneurs with low-growth companies and 56% of entrepreneurs with high-growth companies had the mentorship necessary to grow and increase their impact on society.

This civil association, led by Verónica Soto Parra, brings business women and entrepreneurs together nationwide. That means that they exist in different states of the republic and they emerged from the second generation of 10,000 women in the Goldman Sachs ITESM world program. The aim is to create collaborative networks that offer mentoring from woman to woman. An annual membership of 3,000 pesos is required to be part of this group, although they also offer free online training courses on entrepreneurship, marketing and innovation.

And because girls are women too, and entrepreneurship is not only born but is done, this initiative by the Secretary for Public Education and the OECD (Organization for Economic Cooperation and Development) has created a network of sponsorships for successful women in science and technology, Engineering and Maths to give girls and teenagers the opportunity to develop careers in these STEM careers and to break the stereotype that only men engage in. 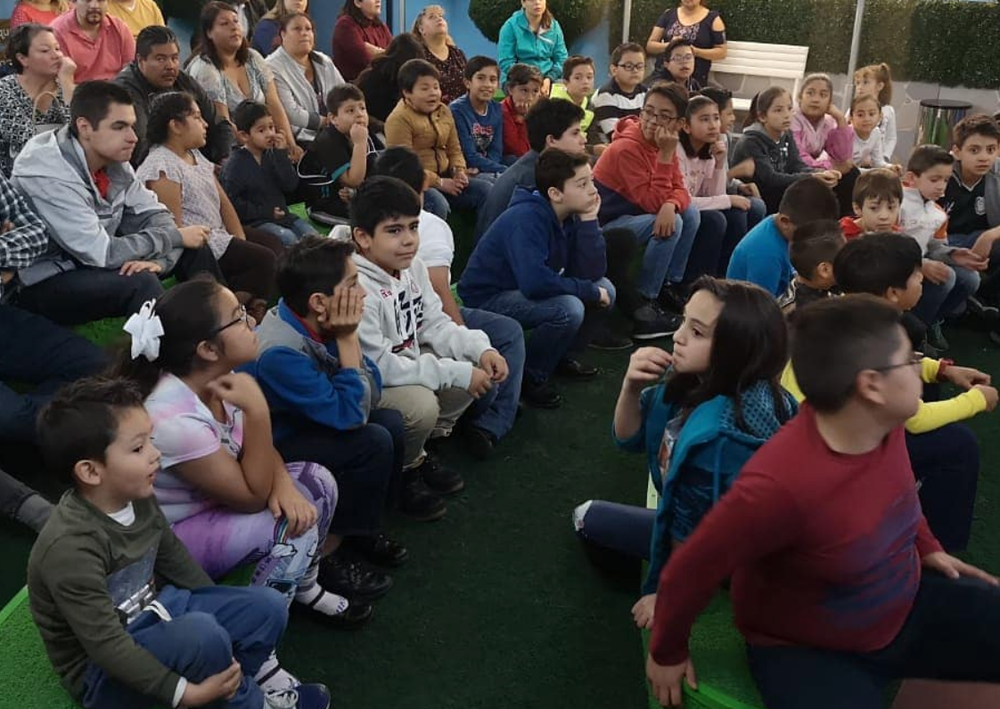 Because the feminist movement takes an approach to gender equality in which inclusion is not based on gender but on talent, we include Business Kids on this list, who teaches girls, boys and teenagers aged 4-14, you Empowering self-esteem and leadership, develop your business skills and empower yourself in the knowledge that entrepreneurship is a way of life, and not just money.

An extraordinary cherry on the cake to commemorate them International day of women entrepreneursthat will go away on the day when gender equality is part of normal and not a cause for struggle.

He stressed that the asset’s abundance of interest would have the ability to transfer governments to major regulatory measures designed to protect their currencies and collect taxes. 3 min read American millionaire Mark Cuban reveals why “Bitcoin is more of a religion than the solution to a problem”. Mark Cuban, The American billionaire businessman and…

Alejandra Ortiz and Javier Mejía There are two young people under 30 who met while studying industrial design at the Tecnológico de Monterrey. By chance they agreed on a topic that would change their lives and now they run a company that focuses on developing teams for people with disabilities. A path that started from…

Following a review of Libra's original White Paper, which was greeted with great skepticism by policymakers in the United States, a member of the House Financial Services Committee – Democratic Rep. Sylvia Garcia of Texas – has come out and has stated that the updated version of the Facebook White Paper does not contain any…

New Year, new life. While this popular phrase isn’t entirely true, the end of the year invites us to think about what worked and what didn’t so we can look at it Purposes so that the next one is better. These are the 10 things you need to do to be successful in 2021 This…

Fatigue, anxiety and stress can determine the future of your decisions. We explain why it is so important to eat healthily. The opinions of the employees of You are personal. Foods to relieve stress and improve your decision making In a world where the stress Our daily routine predominates, coffee is our source of…