Cases in South Korea soar up to 82

A South Korean memory chip manufacturing company has reported Thursday that it has quarantined 800 of its employees as a precaution to prevent the spread of the new coronavirus, after detecting that one of them was in contact with an affected patient in the city of Daegu.

Specifically, the company, SK hynix Inc., has explained that the 800 quarantined workers are part of one of its Icheon training centers, about 70 kilometers south of Seoul. Precisely, one of the people who were in the recruitment center was the one who was in contact with a patient.

The company's training center has been closed on Wednesday and, in addition, 280 employees in training have been sent home. In addition, another of them has shown symptoms of pneumonia, so he has been transferred to a health center because the center's infirmary also remains closed, as reported by the South Korean news agency Yonhap. 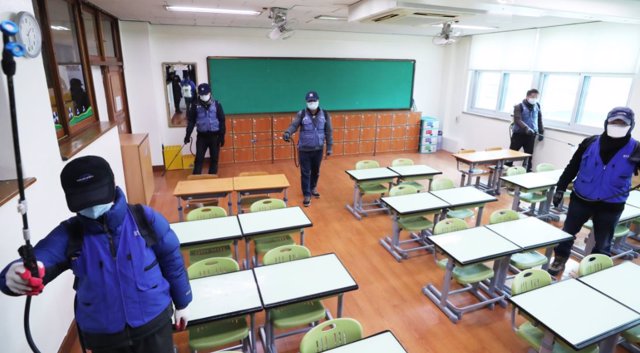 In South Korea, confirmed cases of coronavirus have skyrocketed to 82 after 31 new cases have been reported Thursday. Most new cases focus on Daegu. In addition, most cases do not have clear connections with visits to China.

On the other hand, health authorities will send an additional 24 doctors to Daegu and increase the number of virus detection centers to 22. Kim said the authorities still maintain the alert level in “yellow”, the third highest.

Belarusian President Alexander Lukasehnko agreed on Tuesday to double the average salary in the coming years if he succeeds in re-electing the elections scheduled for August 9. “The average salary in Belarus will double over the next five years. To achieve this, we will provide maximum support to investors, particularly nationals,” the president said in…

Latest News about Secret deals with private sector under fire Sort by: Relevance : Date State Government secrecy surrounding billions of dollars worth ofprojects done in partnership with the private sector meansVictorians have no idea whether they provide value for money, aLabor-dominated committee finds. – (The Age — 45 minutes ago) + related stories The…

WASHINGTON, Aug 31 (Reuters / EP) – Dozens of tourists have decided to leave the Bahamas on Friday after Hurricane Dorian arrived in the northwestern islands of Grand Bahama and Abaco and before the international airport closes at 10 p.m. (local time). The Miami-based National Hurricane Center has reported in an official statement that Dorian…

The controversial move in the Prime Minister’s New Year reshuffle, reported in The Daily Telegraph, threatens to overshadow her bid to freshen up her Government with new talent. Although the new minister is likely to be based in David Davis’s Brexit department, the appointment is likely to be seen as another move to sideline him…

Although fertility clinics are required to notify the CAP of a problem within two working days, the San Francisco lab reported the problem with a liquid nitrogen storage tank a week after it occurred. Earlier, the group was notified of an equipment failure at an egg freezing facility in Cleveland, which also occurred on March…