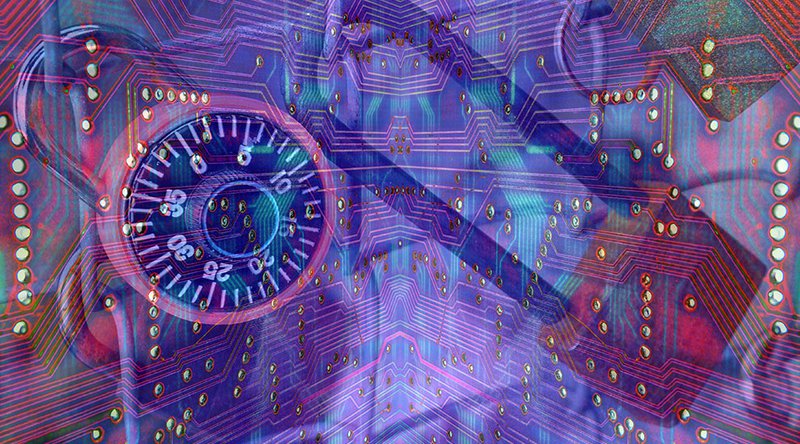 Two researchers from Victoria University of Wellington in New Zealand have proposed a new quantum blockchain technology that, by exploiting quantum entanglement across time, could greatly increase the security of future blockchain systems operating on quantum networks.

Senior author Matt Visser is a renowned mathematician and cosmologist who has authored books with titles like “Artificial Black Holes” and “Lorentzian Wormholes.” The lead author, Del Rajan, is a Ph.D. student in Visser’s group.

“Previous blockchains that worked with quantum operations were presented, but the blockchain itself was never quantum,” said Rajan, as reported by IEEE Spectrum. “We are presenting the first fully quantum blockchain.”

“It’s expected that 10 percent of global GDP could be stored on blockchain technology by 2027,” added Rajan. Therefore, it’s critically important to find ways to increase the security of blockchain networks. Visser and Rajan are persuaded that their quantum blockchain concept could permit watertight tamper-proofing of all records and transactions.

The two scientists propose using “[quantum] entanglement in time between photons that do not simultaneously coexist.”

Quantum entanglement, the “spooky action at a distance” that baffled Einstein, indicates correlations between remote quantum particles that share a common origin or have interacted in the past. Entangled non-local correlation seems instantaneous, or at least it propagates much faster than other physical interactions. In particular, entanglement between particles too remote to exchange signals limited by the speed of light has been repeatedly confirmed in research labs.

It turns out that probing the state of one particle in an entangled pair affects the state of the other particle in subtle ways. While, according to current scientific consensus, entangled correlations can’t be used to send faster-than-light signals, important practical applications of entanglement include quantum computing and quantum cryptography.

For cryptography, entanglement is a double-edged sword. On the one hand, future quantum computers based on entangled qubits — physical quantum bits that can be in a quantum superposition of classical zero and one states — promise to break today’s strongest cryptography. Quantum information technology is actively pursued by entities with large budgets, like governments, including the U.S. and China, and tech giants, including IBM, Intel and Microsoft.

A report recently issued by the National Institute of Standards and Technology (NIST) notes that practical quantum computers, which could be developed in the near future, would be capable of greatly weakening (and, in some cases, rendering useless) existing cryptographic algorithms.

This could result in the need to change, or update, the cryptographic technology used in today’s blockchain systems. The report provides a table, taken from NIST’s 2016 “Report on Post-Quantum Cryptography,” describing the impact of quantum computing on common cryptographic algorithms. In summary, RSA, Elliptic Curve Cryptography (ECDSA and ECDH) and Finite Field Cryptography (DSA) should be considered as no longer secure. AES, SHA-2 and SHA-3 should use larger key and output sizes.

If entanglement sounds weird, entanglement in time sounds even weirder. It turns out that nonlocal entangled correlations extend not only across space but also across time.

“[Measuring] the last photon affects the physical description of the first photon in the past, before it has even been measured,” noted the physicists who first demonstrated the concept in the lab. “Thus, the ‘spooky action’ is steering the system’s past.”

Visser and Rajan’s basic idea is to encode data on a quantum particle, explains MIT Technology Review. “This becomes the first quantum block. When more data is available, this is combined with the data from the first particle in a quantum operation that entangles it with a second particle. The former is then discarded, and the record of the first block of transactions is combined with the second block. The data from a third block can be added in the same way, creating a chain.”

Visser and Rajan note: “[In] our quantum blockchain, we can interpret our encoding procedure as linking the current records in a block, not to a record of the past, but [to] the actual record in the past, which does not exist anymore. The attacker cannot even attempt to access the previous photons since they no longer exist.” Therefore, entanglement in time provides a far greater security benefit than entanglement in space.

“Records about past transactions are encoded onto a quantum state that is spread across time,” summarizes Rajan.

“This work can be viewed as a quantum time machine,” adds Visser.

This may sound like science fiction, but it’s backed by solid science and existing technology implementations. “[All] the subsystems of this design have already been shown to be experimentally realized,” note the researchers. Practical applications to creating highly secure transaction networks are likely to attract the interest of governments and corporations.

The quantum blockchain couldn’t be implemented on top of today’s commercial communication networks, which are not designed to handle quantum information. However, Visser and Rajan emphasize that significant progress is currently being made toward the creation of a global quantum network.

“We have reached the point where the question is no longer whether we are going to have a global quantum network, but rather when and how it will be implemented,” claims a recent review published in Nature Photonics.

Among the powerful state actors, China is developing quantum key distribution satellites and a fiber link stretching over 2,000 km from Beijing to Shanghai. In the private sector, South Korean telecom giant SK Telecom is investing $65 million to develop quantum technologies for the telecom and Internet of Things (IoT) markets in partnership with Swiss quantum information company ID Quantique.

In view of the surging interest in quantum information technologies and the theoretical work of Visser and Rajan, it seems plausible that highly secure quantum blockchains could be implemented on future quantum networks.