Millions of tons of dust from the Sahara travel from the desert to the American coasts every year.

A large cloud of dust from the Sahara is approaching Mexico


The great Dust cloud of the Sahara desert It is a relatively common meteorological phenomenon and in its formation will approach the continent’s coasts in 2020. It is desert dust that is transported from Africa to America by wind, including Mexico through the Gulf and the Caribbean.

This dust moves more than six thousand kilometers across the sea due to tropical winds. According to the Meteorological Service of Trinidad and Tobago, this phenomenon can affect people’s health. Some of these include a runny nose, dry cough, burning and itching eyes, and even bronchospasm.

Several countries and cities have already prepared for this emergency by promoting the use of masks, keeping windows closed, avoiding outdoor sports, drinking enough fluids and water, and continuing treatment in the event of asthma or cardiorespiratory problems.

This phenomenon is expected to cover the Caribbean and affect various American coasts. It peaks on June 22 and 23. It can significantly reduce visibility, decrease precipitation and increase the feeling of warmth. 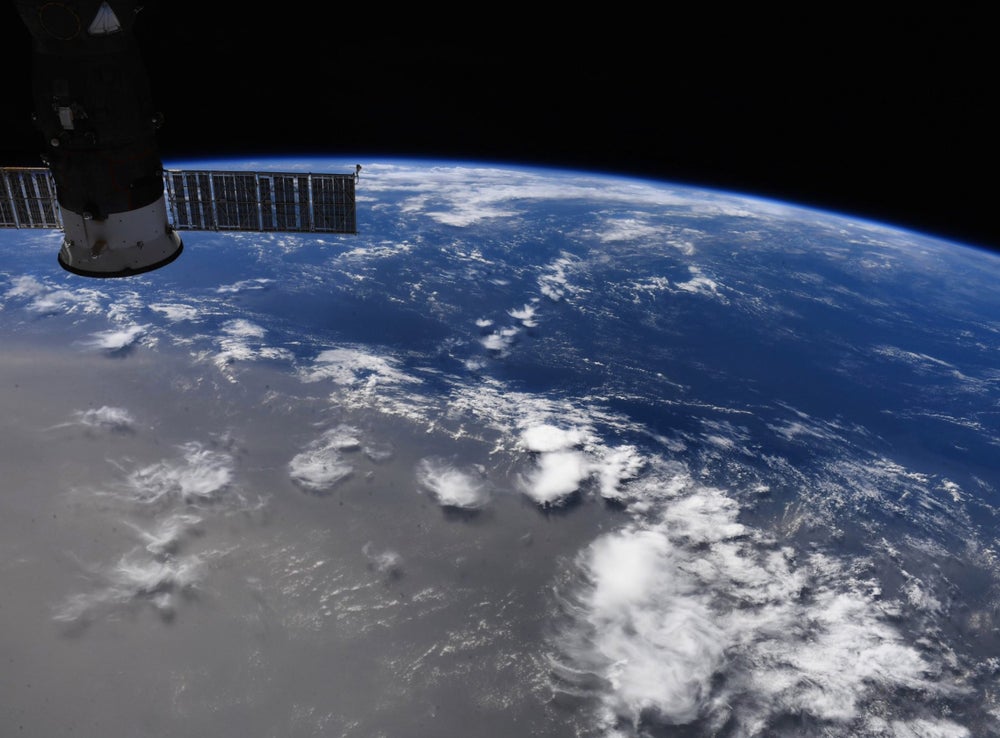 This dust moves more than 6,000 kilometers through the sea due to tropical winds / Image: Astronaut Colonel Doug Hurley via Twitter

However, it is not all bad, because this large cloud of dust, thanks to its various chemical components such as phosphorus and nitrogen, which act as compost in the earth, can bring benefits to ecosystems. This also occurs in the oceans as it serves as nutrients for the various bacteria and microorganisms that are found in them.