The people of Tunisia have begun voting this Sunday for a second round of the presidential elections that will face Kais Saied and Nabil Karoui, in the midst of the population's boredom with traditional parties and following parliamentarians that have generated a fragmented Parliament.

Saied, an independent jurist with a conservative tendency, won the first round with 18.4 percent of the vote, ahead of the magnate Karoui, leader of the Heart of Tunisia party, who collected 15.6 percent of the support .

The election campaign has been marked by imprisonment for alleged corruption of Karoui, who has not been able to participate in events or give interviews until his release during Wednesday's day.

The tycoon, owner of the local television network Nessma TV, was arrested in August for alleged corruption and remained in preventive detention, although for the moment he has not been convicted.

His supporters have denounced an attempt to silence him for his criticism of the Government, while his detractors say that the tycoon has misused his chain and his charitable organization for his own political advantage.

Although his campaign has repeatedly called for the postponement of the date of the second round to allow Karoui to conduct an appropriate campaign, the Independent High Authority for Elections (ISIE) has rejected this possibility, given the deadlines contemplated by the Constitution.

For his part, Saied announced on October 5 that he suspended his campaign acts “for moral considerations” and to avoid a comparative injury in relation to his rival.

Karoui's arrest has caused an unprecedented situation in the Tunisian political landscape and led the interim president, Mohamed Enaceur, to warn that the incarceration of the tycoon could damage the “credibility” of the process.

These presidential elections will be the second since the fall of the Zine el Abidine ben Ali regime in 2011, who died on September 19 in Saudi Arabia, where he lived since his escape from the country. In the previous ones, held in 2014, Beyi Caid Essebsi prevailed, whose sudden death in July caused an advance of these elections.

Saied, a 61-year-old jurist with a conservative tendency, has been criticized during the campaign for his positions on civil liberties and religion, which have led some to call him a “salafist.”

The independent candidate has been in favor of the application of the death penalty in the country – something that has not happened since the approval of a moratorium in 1991 – and against equality between men and women in matters of inheritance. 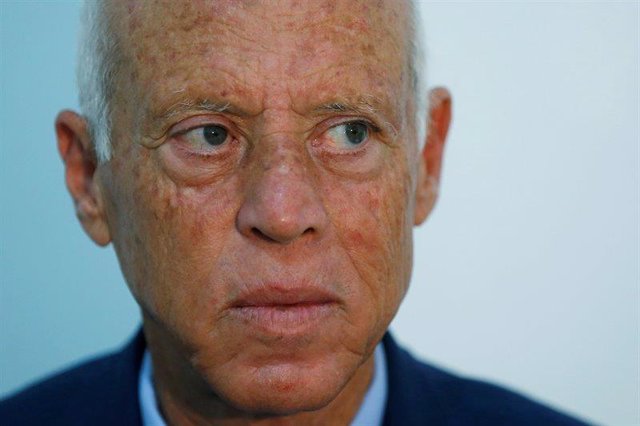 Likewise, it has maintained a position contrary to the decriminalization of homosexuality and has repeatedly stressed that the 'sharia' must govern the country, making reference to the Constitution contemplating that “Tunisia is a free, independent and sovereign State, whose religion is Islam. ”

Saied, which has practically not carried out campaign acts and based it on the dissemination of its messages through social networks, has defended on numerous occasions the need for greater decentralization in institutional matters.

In this way, it has enhanced at all times an austere and critical figure against the system, while emphasizing the need to fight corruption to allow the country to advance economically and improve the living conditions of the population.

For his part, Karoui, who has been described as 'the Tunisian Berlusconi', rose as the foam in successive pre-election polls with a message focused on the disadvantaged and due to the campaigns of his charitable organization.

Thus, Nessma TV broadcast numerous activities of this organization and broadcast content in which Karoui himself appeared giving help to people in depressed areas of the country, which helped him increase his support among the country's lower classes.

However, his party has recently received another blow due to information about a possible payment of one million dollars to a Canadian consultant, which could violate the rules of electoral financing. 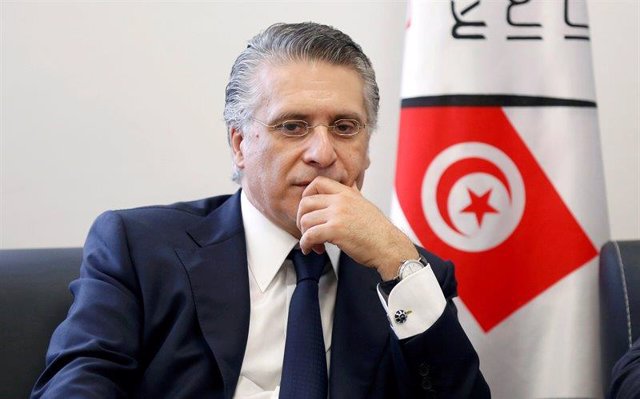 His situation of imprisonment has also caused him to have less visibility and the campaign of formation in parliamentarians was led by his wife, Salua Smaui, who put a special focus on poverty and social inequalities.

Karoui, who has described himself as a “modernist liberal,” has opted for a “total opening” of the country's economy and for promoting policies that foster greater equality of opportunity in the country.

The second round will be held in a context of disaffection by the population with traditional parties, after a first round in which the candidates of the main parties – including the Prime Minister, Yusef Chahed – received a hard blow.

Both Saied and Karoui are figures considered 'outsiders' on the Tunisian political scene and their presence in the second round was greeted with surprise by analysts after the recount, especially in the case of Saied.

After the vote, the moderate Islamist party Ennahda – which was the most voted formation in the parliamentarians held on October 6 – expressed its support for Saied, who has also shown his support for the leftist Echaab.

Thus, Ennahda – whose candidate, Mustafa Mourou, was eliminated in the first round – has presented Saied as the “revolutionary” way to face “corruption” that Karoui embodies according to the party. 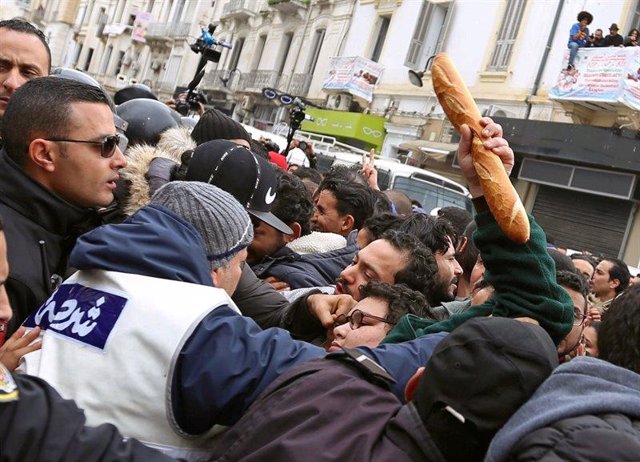 The Islamist formation has been one of the main actors in Tunisian politics since the 2011 revolution against Ben Ali, so his support could boost the candidacy of the winner of the first round.

The popular discontent that has been revealed in these electoral processes has been marked especially by the difficulties faced by Tunisia to take off economically since the fall of the Ben Ali regime.

Tourism, one of the main sources of income in the country, suffered a severe fall due to a series of attacks in 2015, while the population, especially in rural areas, is disenchanted by the lack of job opportunities and investments in the least developed areas of the country.

This situation has led to greater dissatisfaction with the Government and a crisis of confidence in the country's politicians, something that has also been revealed in the fall of participation in the successive elections held since 2011.

The only example of the success of the Arab Spring that began, Tunisia has since fought to move forward with the democratic transition, weighed down by the constant terrorist threat.

Appeal to the unity of Europe and alert to the threat of nationalisms and populisms BRUSSELS, Oct. 2 (EUROPE PRESS) – The appointed Commissioner of Justice, the Belgian liberal Didier Reynders, reiterated this Wednesday in his examination before the European Parliament that he undertakes to monitor the application of the European arrest and surrender order…

The Ukrainian Ministry of Health this Friday reported a new record of coronavirus infections within 24 hours – at least 2,207 – that has caused the country to cross the 100,000 threshold, specifically to hit 100,643. The death rate has also reached unprecedented levels since the pandemic began, reaching 73 deaths this Friday. In total,…

Related News about U.S. Handing Over Anbar to Iraqis Sort by: Relevance : Date The U.S. military handed over Iraqs western Anbar province to Iraqi security forces, less than two years after the region was all but lost to a Sunni Arab insurgency. (New York Times — 1 September, 2008) + related stories The western…

Mamoudou Gassama met with French president Emmanuel Macron at the Elysee Palace after a video of his daring rescue went viral on social media. As well as being made a French citizen, the 22-year-old – who recently moved to the country in the hope of a new life – will be offered a place in…

At least eight people died and two others were injured in an attack by unidentified armed people on a trail in central Guanajuato, Mexico, this Thursday.