Learn how these reputable entrepreneurs suffered setbacks and developed into great brands.

Many entrepreneurs have their business heroes. Some of them are admired not only for their great successes, but also for their failures and their way of returning to the battlefield.

We share with you the setbacks and returns of some of the best known entrepreneurs and what can be learned from them: 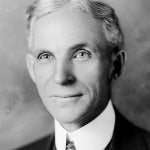 Setback: Ford initially suffered from several automobile failures, including Detroit Automobile.Co, which was founded in 1899 and whose cars were classified as inferior and too expensive for customers.
Return: Ford continued to develop better vehicle designs and gained national recognition for the “Ford 999” demo car, which broke the speed record over a mile (1.6 km) in 40 seconds. In 1908, the Model T was launched, a well-made and inexpensive car that soon caught on with American consumers. Annual sales reached $ 250,000 in 1914.
Sentence: “Whether you think you can or not, you’re right.”
Lesson: Building a brand requires much more than building a good product.

Setback: When Roddick opened his first The Body Shop, a well-known beauty care company, in Brighton, UK in 1976, two nearby funerals declined the name.
Return: Roddick fought back and suggested to a local newspaper that she was a harassed entrepreneur. Advertising generated traffic to the store, and in the early 1990s there were over 700 body shop stores.
Sentence: “If you think you’re too young to make a difference, try sleeping with a mosquito.”
Lesson: Don’t let small setbacks deter you from your course.

Setback: After revolutionizing delivery service in the 1970s, Smith introduced the Zapmail electronic delivery service in 1984 to compete with fax machines. But Zapmail earned no interest and cost the company about $ 350 million.
Return: FedEx left Zapmail in 1986 and the company focused its energy back on its core business. In 2012, profits of $ 35 billion were generated.
Sentence: “Managers take the lead and stay there by setting the standards by which they judge themselves and those who are ready to be judged.”
Lesson: You have to be willing to acknowledge mistakes, give up ideas and keep going. 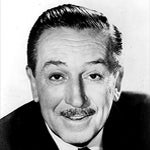 Setback: The cartoon animation pioneer struggled with various financial problems in the late 1920s and early 30s, including the loss of rights to the popular character Oswald the Lucky Rabbit. His company had $ 4 million in debt in the early 1930s.
Return: With just enough money to fund the project, Disney published “Snow White and the Seven Dwarfs” in 1938. The film saved the company from bankruptcy and funded the establishment of the new Disney studios in Burbank, California.
Sentence: “You may not notice when it happens, but kicking your teeth may be the best thing in the world for you.”
Lesson: A great idea can make a number of mistakes.

Setback: After his forced retirement from Apple in 1985, Jobs developed NeXT, a computer station for educators, in the following years. Due to the high price and the numerous viruses, however, no sales were ever made. The company burned hundreds of millions of dollars from investors.
Return: Apple announced it would buy NeXT in 1996 and bring jobs back to the company as interim CEO. He then developed the iPod and iPad, making Apple one of the most successful Fortune 500 companies in the past decade.
Sentence: “You can’t just ask customers what they want and then give it to them. If you build it, you will want something different. “
Lesson: Having the resources and the right people around you makes a difference.

Setback: While studying high school in the 1970s, Gates and Paul Allen founded Traf-O-Data, a computer company that automatically reads raw traffic switch data and enables them to produce useful reports for traffic engineers. The idea soon became obsolete when the state of Washington offered to tabulate the data for free.
Return: The two entrepreneurs learned from their failed business how to write software for a computer to which they had no access and founded a new startup called “Micro-Soft”.
Sentence: “Success is a bad teacher. It makes smart people believe that they can never lose.”
Lesson: You can learn a lot from mistakes

Setback: In 1955, a new freeway crossed Corbin, Kentucky, where Sanders had been cooking chicken in his restaurant for almost two decades. After selling the premises and paying the debts, Sanders went bankrupt.
Return: He had already started franchising his restaurant concept. He decided to devote himself entirely to selling franchises, and in five years he had 190 franchisees and 400 KFC stores.
Sentence: “Feed the poor and get rich or feed the rich and get poor.”
Lesson: It may not be the idea that is successful, but the implementation of the strategy.

Setback: After 25 years of selling at Stanley Home Products, Ash resigned in 1963 frustrated that the company was disregarding its promotions.
Return: Ash started writing a tip book for business women and soon found that he had written a business plan for them. Mary Kay Cosmetics was born. The company had sales of $ 2.5 billion in 2009.
Sentence: “There is an alternative approach for every mistake. You just have to find it. “
Lesson: Some of the best ideas come from personal experience.