It’s the cheapest and least technological trick of life you’ll find: Poses. It is the act of a confident attitude, even if you are not sure about it, to make you look more dominant.

Social psychologist Amy Cuddy received a great response when she gave a talk at TEDGlobal 2012 about the scientific evidence behind the power poses. Her study showed that standing or sitting in a certain way (even for two minutes) increases testosterone levels and reduces the hormone cortisol, which is considered a stress hormone.

These immediate changes in your body chemistry can affect the way you do your job and interact with other people. This could even affect your chances of success.

First, we’ll go through the science of power poses. Next, we divide the pose to use into seven common situations that affect your professional success.

The High performance poses It’s about opening up, says Coddy. You expand your body to take up as much space as possible. This also works in the animal kingdom. When primates feel powerful, they stretch their breasts to look bigger. 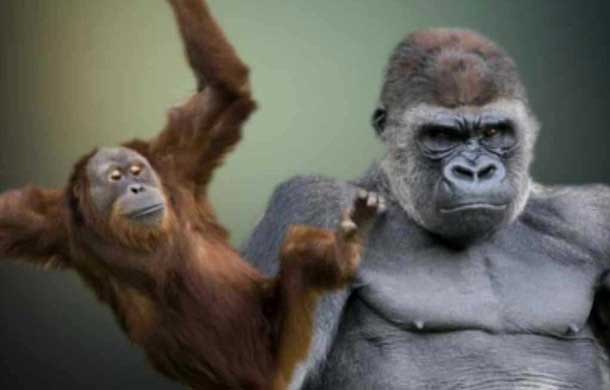 In humans, this happens the same way. Studies show that even blind born people can raise their V-shaped arms and chin when they win a physical competition.

In the meantime, people take positions with little power when they feel vulnerable or defeated. They close, put their arms around each other and bend their knees.

Power poses cause significant and immediate changes in your body chemistry. After only two minutes in a pose of strength, yours Testosterone levels increase by 20%. They also cause your cortisol level, the stress hormone, to drop, making it easier for you to deal with stressful situations.

High and low performance poses complement each other in certain interactions. One person is in command and the other is not. Watch Obama occupy the room as Joe Biden shrinks in his seat. 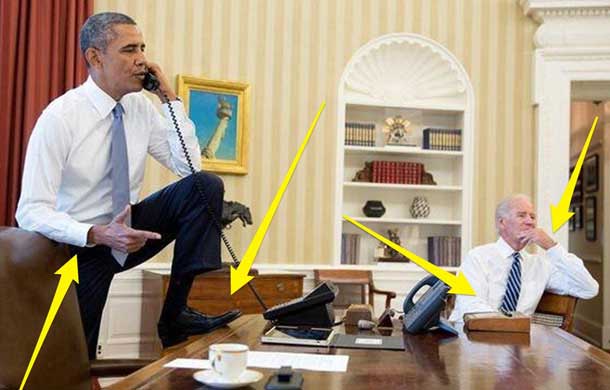 Now we will tell you which poses should be used in seven situations in the workplace:

Sleep: Sleep in an open position with your legs straight. 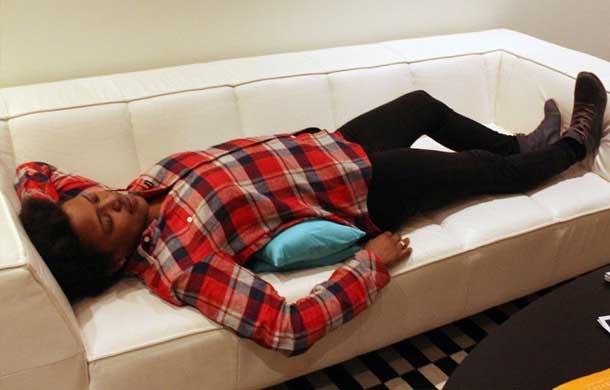 Feeling powerful begins the night before. It is time to forget the fetal position. Sleeping on your side with your arms and legs bent toward your torso is considered a low-performing position, says Cuddy. You can get up and feel sensitive and vulnerable without understanding why. This is not a good way to deal with competing work areas.

We call it the pose of alternative power “Marissa Mayer”This makes you feel bigger and therefore stronger. It’s about putting your arms behind your head.

To speak in a meeting: Cross your arms over your chest and put your shoulders back. 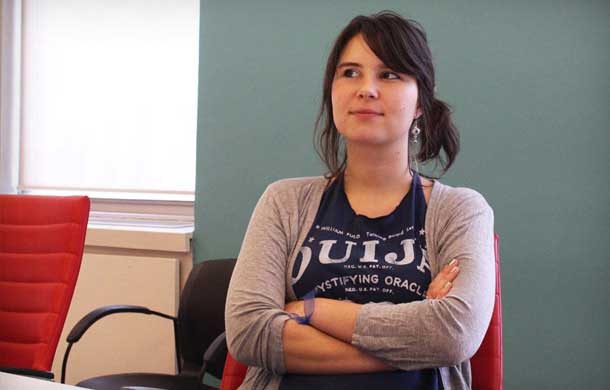 This pose can help you to solidify your reasoning in a meeting. Holding your shoulders in this position is key to modeling how observers interpret crossed arms. When the shoulders point forward, the others interpret a signal of weakness and send a signal that you are afraid. But if you roll your shoulders back and hold your head up, your crossed arms become a sign of trust.

Cuddy says it’s important to open your hands to fully extend your arm, taking up space, and not putting your elbow on the table. Women tend to bend their arms more than men.

To make a deal: Put your hands on the table and lean forward. 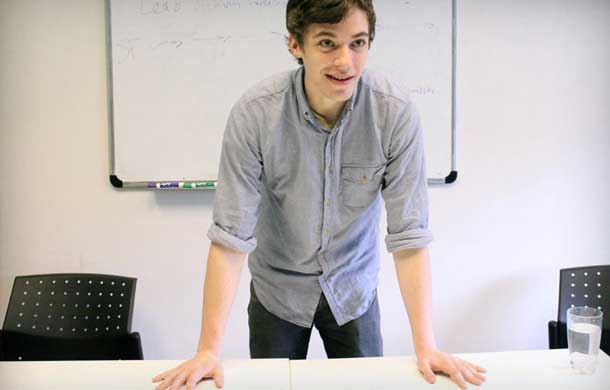 When you are in the last part of your presentation and preparing for an offer, do this pose. If you lean forward while standing, you show that you are in a dominant position.

For interviews: Open your feet and raise your arms in a V-shape. 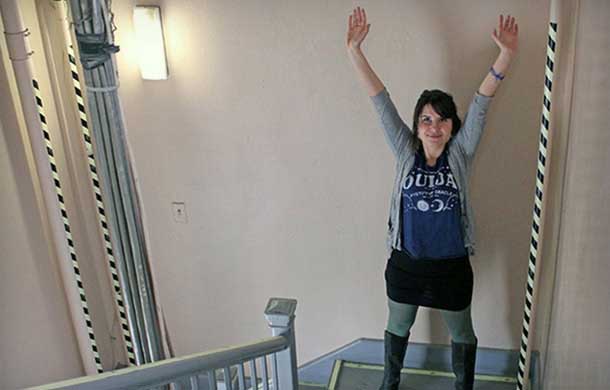 Doing this power pose in the interviewer’s office can be seen as offensive, notes Cuddy. but there is an alternative that she calls “The actor” in honor of Mick Jagger.

Throw your arms in the air before the interview and stretch as if you were applauded at a concert. Do this in the elevator or on the stairs when you go to the office, or in the bathroom before entering the reception. Hold the pose for two minutes and apply the hormonal changes that give you the confidence you need for the interview.

How to conduct interviews: Place your arm on the back of your chair, keep your knees apart and lean back. 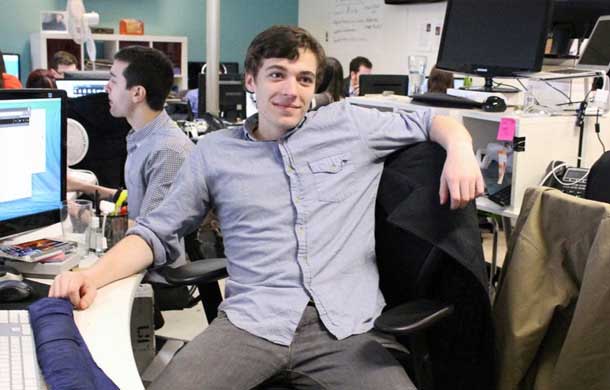 This is the best way to demonstrate your confidence and comfort when interviewing a candidate. This pose, slightly less open than “Obama”, emphasizes opening the body while keeping your feet on the floor. Cuddy calls this pose “The CEO” after seeing a photo of Oprah Winfrey who looked like a real boss.

The variations include placing your hands behind your head and placing a heel on your knee.

To speak to your boss: keep your chest out, put your hands on your hips and spread your feet a little. 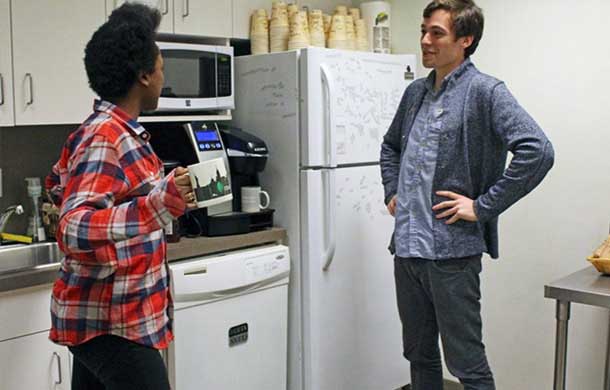 If your boss joins the coffee machine line, you may get nervous thinking about better conversations than “How about your weekend?”
Channel your favorite superhero and apply the pose “Wonder Woman”. Raise your chin to maximize your strength. This pose has the opposite effect of touching your neck, indicating fear and lack of control, which is considered the lowest force pose.

To negotiate an increase: Lightly press your lower eyelids. 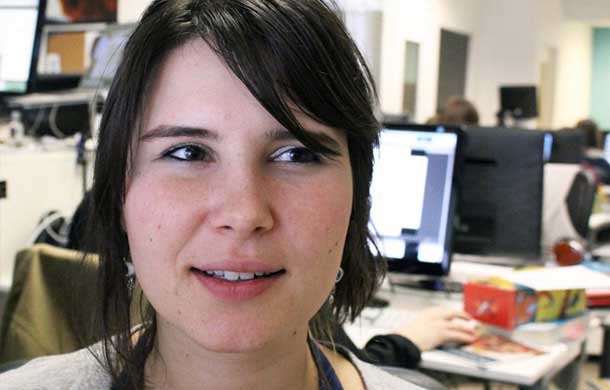 The latest fad in body language is what photographer Peter Hurley sees as “slightly blinking”. The Hurley video, which has been viewed more than a million times, shows how a little bit of closing your eyes instantly makes celebrities more photogenic.

“Trust comes from the eyes,” says Hurley. “Also fear.” If you open your eyes wide, you send a signal that you are nervous; But squinting will help you demonstrate your courage to your boss.

Business innovation, marketing and communications experts share their vision of the new challenges facing brands in the new context after the coronavirus pandemic. Increase your business, Not your inbox Stay up to date and subscribe to our daily newsletter now! Read 6 min What are the challenges and opportunities for brands before COVID? The opinions…

The feature that allows you to share your products and services on WhatsApp without having to send them one by one is now available. Catalogs let you highlight images, prices, and descriptions so your customers will know. Take advantage of it this season. The opinions of the employees of You are personal. Create catalogs…

Among other things, price and quality are of decisive importance for the selection of a supplier. 6 min read How do I choose the best supplier for my company? It is a fact that no company can exist without inputs and therefore without suppliers. While some suppliers are not critical, others are critical as they…

7 min read The opinions of the employees of You are personal. What do we do to be what we want to be? What do we want to be What is so important to us that we won’t give it up? 3 techniques for defining mission, vision and values The opposite of uncertainty is…

Pet owners will consider a number of factors in order to give their pet’s trust to a stranger. So be prepared. The opinions of the employees of You are personal. As? Business idea! Passion for animals? Open a hotel for pets He Pet business has seen a significant rise in the society of the…

More and more cities and countries are leaning towards this Decriminalization and legalization of cannabiswhat opens up many possibilities for deal. Over does not plan to be left behind and is already considering adding the Home delivery of marijuana. Dara Khosrowshahi, CEO of Ubersaid the company could deliver cannabis via its private transport network. This…