The grandfather of Adina Chelminsky He left Poland when he was just 13 years old and didn’t know how to speak a single word of Spanish. However, when he got to the port of Minatitlán in Veracruz, he had no money, but he went to work tirelessly until he managed to open a tlapalería which, believe it or not, continues to be in Corregidora, Mexico- City is operated.

“The most important thing I know about finance I learned from my immigrant grandparents who came to Mexico with nothing,” said Chelminsky when attending MoneyFest 2020. “My grandfather was a true entrepreneur because he knew that ship was 50% sweat and not just got a ‘millionaire’ idea ”.

Adina Chelminsky is not only an accomplished economist and entrepreneur, she is also the author of the popular financial book Cabrona and millionaire. However, despite his academic background, he points out that the best lessons he has received in money management always come from immigrants. ” 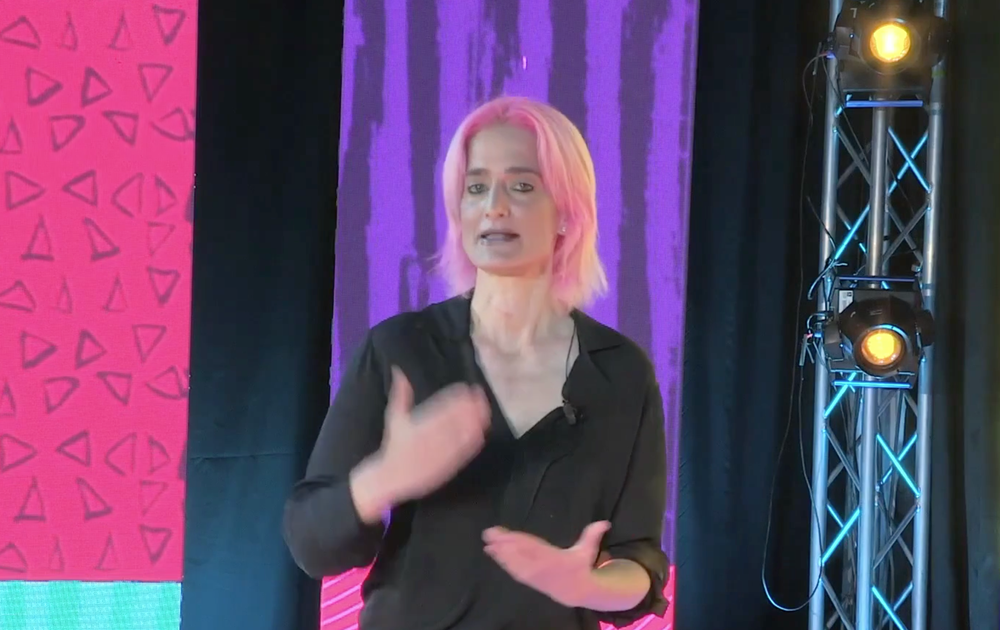 5 hours of love told with money

Adina’s two paternal grandparents, both immigrants, taught her five basic financial principles. “You didn’t just leave me an unpronounceable last name [dice riendo], but strategies that can be used always and by anyone ”.

1. There is no more valuable good than education: Either for yourself or for the kids, teaching is one of the smartest investments that can be made as it is a portable tool that won’t lose any returns over time.

“When I was born, my grandfather opened an account for me to pay for a masters degree. No degree, one MASTER’S DEGREE. This so that there is no doubt what I could achieve. ”

2. “Whoever has a business to take care of”: And in the same way, everyone who has savings and investments keeps track of them.

“My other grandfather was the smartest investor because he was always informed. It taught me never to go into a business that I didn’t understand or to sign a contract that I didn’t read.

3. Don’t fuck your kids and plan your retirement: “My grandparents came to Mexico and they knew they wanted to die there. At that time there were no afores or retirement plans, but month after month they saved for this moment, even if it came at the expense of a luxury. ”

Adina pointed out that her grandparents always knew that in due course they did not want to be a burden to their children, and on the contrary, they always tried to achieve a worthy age.

4. Finances ALWAYS They are a family affair and, above all, a couple: Sometimes talking to your partner about money can start an uphill battle, but it’s about being a team.

“There wasn’t a time when my grandmothers couldn’t have a say in financial discussions because they ran the house. Back then my grandparents had the last word, but they always made up their minds between all of us, ”Adina recalls, pointing out that her grandparents were precise, especially in times of crisis PARTNERPartner.

“Today there is a lot of financial infidelity, individual debt, hidden problems and half-truths. I think my grandparents were ahead of their time. ”

5. There is nothing more patriotic than building wellbeing for others: Adina’s grandparents lived enthusiastically in Mexico, and job creation has always been one of their top active priorities.

“As an immigrant, you want to help the country that made you its own. There is nothing more patriotic than building wellbeing for others. ”

It doesn’t matter where we come from, Adina observed, whether from immigrants, born savers, born devious, or parents who just did what they could with what they had. “Learning from the past and the financial history that shaped us is critical to your future.

Believe it or not, the little one in the house can teach you the best strategies to ensure your business is successful. The opinions of the employees of You are personal. 5 negotiation tactics you can learn from kids People learn to negotiate very early in life. Any parent can tell you that! By…

The institution encouraged taxpayers to file documentation on time. March 25, 2020 1 min read Despite the situation in the face of the COVID-19 pandemic, the Tax Administration Service (SAT) announced that at the moment it does not contemplate an extension for the presentation of the 2019 annual declaration. The SAT will not give an…

“El Buki” announced the opening of the Mansión Solís Hotel. 2 min read Marco Antonio Solís opens his hotel and people call it “Bukinham Palace”. This story originally appeared on Unknown Mexico Marco Antonio Solis “El Buki” celebrates the next opening of its luxury hotel in Morelia, Michoacán. The supporters of the interpreter of If…

In Latin America, millions of people work in the informal economy. How can they survive and continue after the emergency? One word: digitization. Read for 5 min The opinions of the employees of s You are personal. This is the key to alleviating the suffering of the informal economy during the Covid 19 pandemic The…

The secret of successful days is to prioritize tasks and make sure you don’t waste your time on trifles. The opinions of the employees of s You are personal. Start the week! Use 5 secrets to be more productive A productive week depends heavily on your focus and the time you spend House work. Working…