“The only constant is change”

This sentence is attributed to the Greek philosopher Heraclitus of Ephesus, who between 535 and 470 BC. BC lived. Despite its age, this principle does not lose its validity, because it is true: we live in a world that is not static, but changes in all areas of life and therefore also in companies.

Actually, Reinventing yourself as a brand is a good strategy to keep up to date and in the taste of consumers, not only to adapt to new generations, but also to global trends so as not to be left behind. And in this reinvention there is room for an identity change to the most profound innovations in form and substance.

For Steve Jobs, innovation is what distinguishes a market leader from the others. But what is innovation? Rodolfo Ramírez, founder of the RedBox innovation agency, explains that innovation creates value. This can be done by improving or reinterpreting what already exists, which is called incremental innovation and encompassing 98% of the emerging innovations in the market, or by doing something radically new that makes you forget what you did before. “To get there, you have to sit down and look for new references and generate ideas. It is not a coincidence, ”he clarifies.

As a company, franchises are not exempt from these changes or innovations regardless of the size of their network or the age of their brand. Many business areas converge in them: operation, administration, monitoring, marketing, marketing, aid programs and financial systems. To stay ahead in their business, they need to gain competitive advantages over their competitors.

“It is a risk not to have DNA for innovations in franchise companies because there will be no growth or adjustment to new markets or trends. Companies lag behind or stagnate, “said Ferenz Feher, CEO of Feher Consulting.

But where can you innovate? The field of innovation in franchising is huge, according to César Aranday, director of the consulting firm Aranday Asociados. “It can be things that seem simple, like packaging, or very expensive, like technical support or customer service,” he warns.

According to experts, innovation is something that every franchise should have, even if your network is small or just starting out. And the fact is that in this business model the power of the brand is fundamental and young women may not be known. Therefore, finding your differentiator in terms of innovation can be your letter of introduction to investors. “You have to think about the future of business and how it will be in the long term, not just in everyday life,” says Ferenz Feher.

But isn’t it contradictory that a model that requires compliance with rules and operating standards to operate properly is also open to innovation? For Feher and Aranday it is rather complementary.

“Franchisees can give good ideas, and companies need to use this network, their expertise, and the knowledge of their entrepreneurs to enrich themselves,” says Aranday. “But you have to do it in an organized way to analyze which ones are financially viable, to adapt to the rest of the units, and which are better to let go of,” he warns.

If you think a little about the future and increase the participation of women as consumers with very different needs, the assets led by women are expected to reach their highest level in history in 2020: $ 72 billion, according to Boston Consulting Group. So this genre is at the center of business models that want to satisfy their needs.

Here we present four franchise companies from different industries that create value from their trenches with unusual concepts, women’s thinking and great results for their investors and the market. 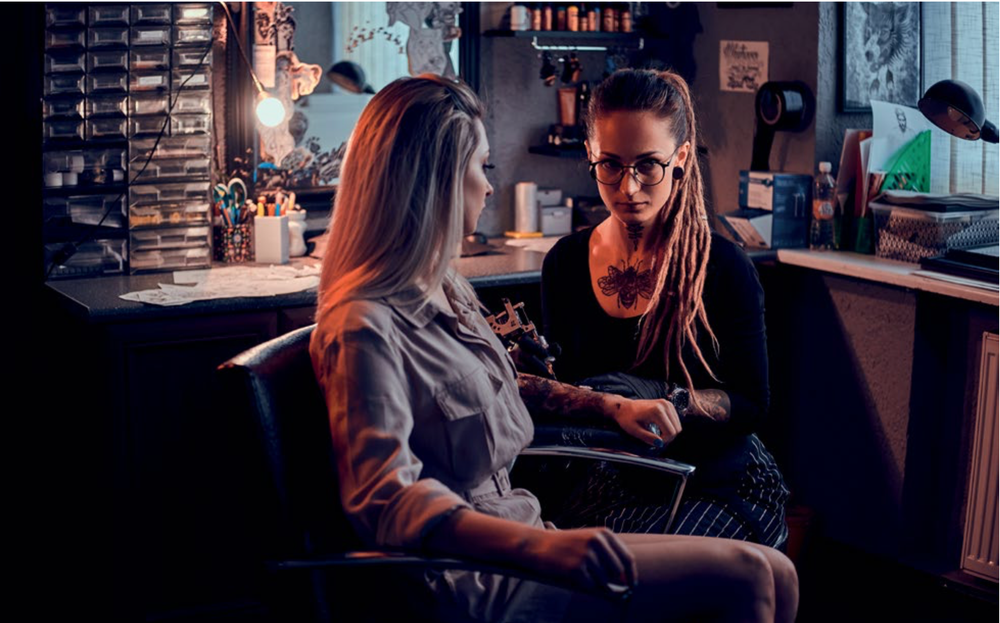 Serving the niche in the niche can be profitable if done correctly. They are micro trends or micro cultures with very special properties and preferences that are looking for products and services that meet their specific needs. Although the number of consumers may be small, serving consumers offers advantages such as uniqueness in the market, offering specialized products, getting your customers’ attention, and gaining authority, to name a few.

This is Sorority Hairshop Tattoo; The first barber shop for women in Mexico, born in 2019. It is a space for women who do not fit in the typical beauty salon, where pink is not their favorite color, the atmosphere is very relaxed and there are more tools than scissors for cutting hair . The concept offers state-of-the-art express cutting services, risky color effects (such as pink and phosphorescence), hair treatments, tattoos, piercings, facials with devices and manicures, and beverages such as beer, tequila, whiskey and tea. In addition, the brand markets natural beauty products to track home treatments and is pet friendly.

Sorority’s user profile is that of contemporary women who like to take care of themselves but don’t want to waste time on boring long treatments. They are skilled, independent and hard-working feminists, they love to pamper themselves and share a gender brotherhood, but at the same time they recognize themselves as men, says Hugo Muñoz, CEO of the brand and one of its creators. “We found a new way to speak to this audience that was unattended when it came to beauty, and we are 100% customized to their tastes and interests.”

Although so far only the first franchise unit has been operating in the Mexican district of Condesa, the brand intends to open six more in the country by 2020. 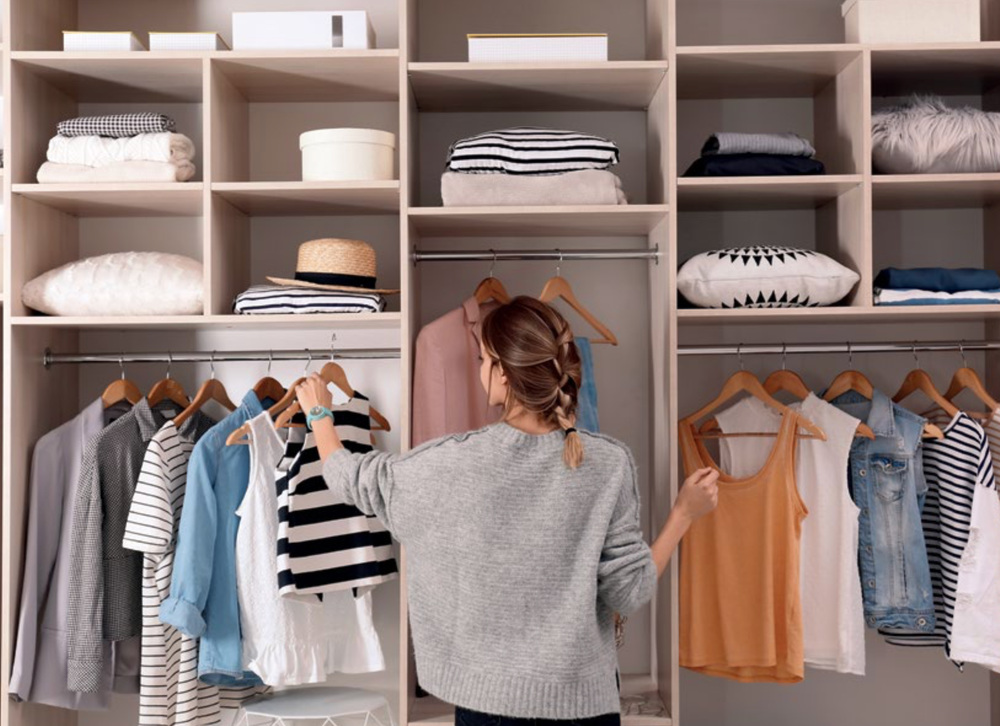 The fast fashion industry, known in English as fast fashion or low cost, is already the second most common environmental pollution in the world. This was sold to get trendy designs at a low cost. The problem is that these are cheap items of clothing that are bought to consume and dispose of little, which creates a high contamination index.

The Copenhagen Fashion Summit Pulse of the Fashion Industry report summarizes that the environmental footprint can be seen in terms of water consumption, CO2 emissions, chemical consumption, and waste generation and disposal. And finally, according to The Carbon Trust, clothing accounts for around 3% of global CO2 emissions.

But two fashion bloggers, Christianne Sandoval and Maribel de la Vegaand Francisco Rodríguez, an experienced businessman, developed a franchise to reverse the “throw-away” effect: Mi Armario Garage, a sustainable fashion platform that promotes vintage clothing bazaars where people can “sell”. Your wardrobes to give your clothes a second life.

As Francisco explains, those who purchase a franchise are responsible for the assembly and logistics of each event. They sell the stands so people can expose their clothes and curate the clothes to make sure they are in good condition. For its part, the brand supports the selection of the event location (generally outdoors) and the dissemination of the event in order to attract buyers and sellers.

The business model envisages holding at least six events a year, selling between 30 and 70 stands and welcoming around 2,000 people a day. The total investment ranges from 200,000 pesos to 250,000 pesos, which can be reclaimed in the first two bazaars.

The franchise developed in January 2019 placed five units in Hermosillo, Chapala, Puerto Vallarta and two in Guadalajara in the first half of the year. The goal of its founders is to complete 20 franchisees in 2020, which is equivalent to 120 events. 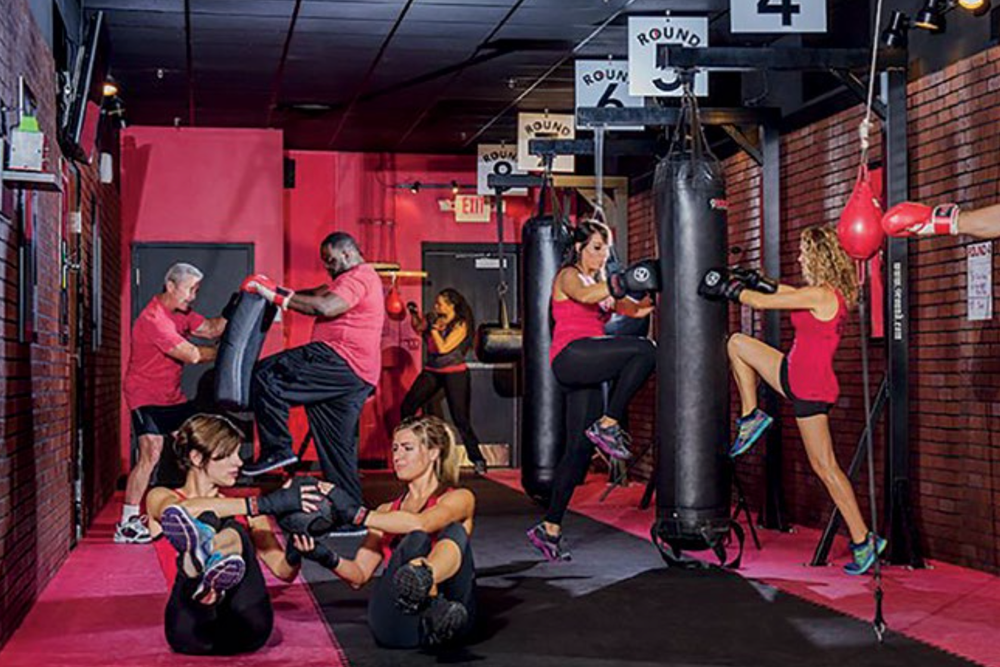 International Health, Racquet Sportsclub Association (IHRSA) data shows that the country’s fitness market was worth $ 800 million in 2018 and has seen sustained growth of 20% per year for the past five years. Another plus: Nowadays people are looking for specialized gyms that offer them unique experiences, for example those that are based on professional boxing or kick boxing and that are particularly in demand on the women’s market.

There he found his niche 9Round, a company of American origin that promotes a patented system with boxing bases, kickboxing and functional exercises and that has attracted women because 65% of its audience belong to this genre. The system consists of nine challenging resistance, resistance and cardio training stations, developed by a professional fighter, in which the user can train their entire body for three minutes to achieve a complete circulation in just 30 minutes. “This means that there can be no timetables because users can be assigned to the stations accompanied by an instructor,” explains Isaac Kably, CEO of 9Round Mexico.

Everything happens in premises between 110 and 150 m2, and only four employees are required per branch. This is innovative for the company because, unlike other large chains, 9Round does not require a large infrastructure, space or personnel to operate.

The brand is in the top 5 chains of gyms in Mexico (by number of units) and calculates the opening of 60 more stores in Mexico, in addition to the 40 stores in 14 states of the Mexican Republic. Today it has over 12,000 active users.

The total investment to purchase a franchise is $ 85,000, including expertise, space conditioning, equipment and working capital, as well as all technology, franchise fee, and support for the master franchise. The return on investment is between 18 and 24 months, and 80% of gyms have reached their equilibrium point from the first to the third month. 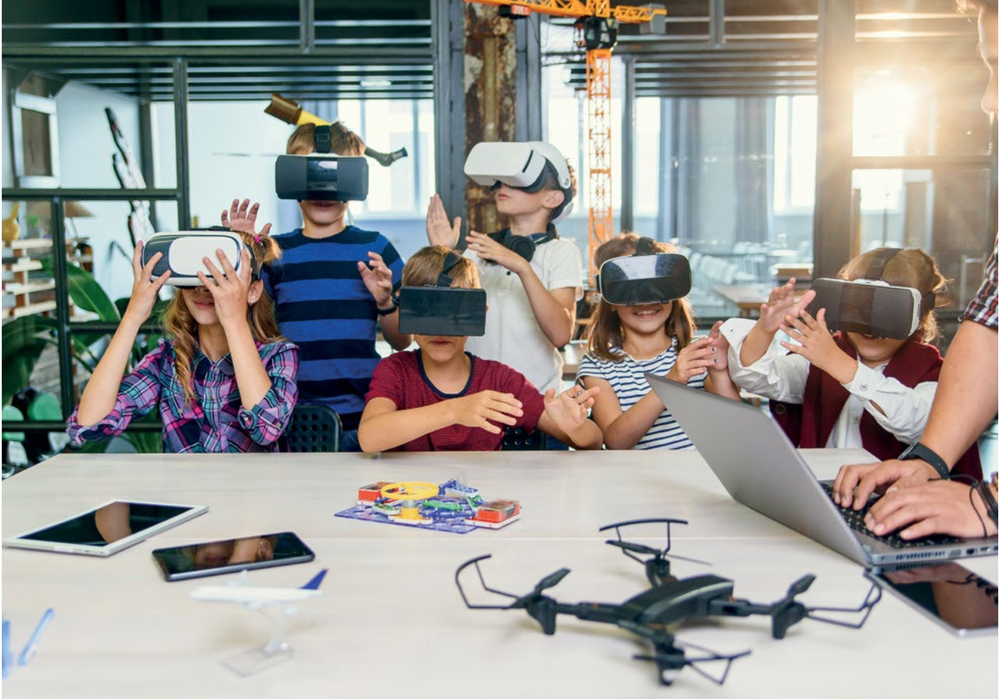 Over the next seven years, 90% of jobs in Mexico will require digital skills, warns José Carlos Ramírez, manager of brand marketing and reputation at Google Mexico. So the best decision is to understand it and figure out how to make the most of it. And what could be nicer than doing it at a young age?

With this mission Logiscool landed in Mexico in 2018. This brand of Hungarian origin offers extracurricular programming and robotics training with 90-minute lessons once a week for children and adolescents aged six to 18 years.

To date, the company has offices in Mexico City, the State of Mexico and Yucatan, as well as planned openings in Nuevo León and Sinaloa. As a brand, the company has locations in 18 countries where new technologies and programming languages ​​for children are promoted through games that match their age and skills.

Logiscool also offers courses in Unity (programming language or coding for video games) in 3D and virtual reality as well as in Minecraft (with the Codia platform, building blocks), in which 3D video games, ethical hacking, robotics, video production and designers are created jr. , Digitize images and create Android applications.

There are also escape room birthday party services where children ages eight to twelve use their logic and problem-solving skills.

Logiscool has also launched a pilot program to invite parents, ask their children’s schools to request a sample class, and finally integrate the Logiscool education platform into their school’s curriculum.

“Learning to program is the language of technology, and technology is the future. Therefore, coding is an essential skill that children need to learn when they are young. Many countries, such as the United States and Japan, make programming a compulsory subject, ”warn Marc Clingaman and Julieta Gómez, who brought the brand to Mexico and act as CEO and director of operations.