Discover how information works in the digital age. We present to you three audiobooks that will explain how easy it is to distribute false news and how you can avoid spreading it.

2020 has proven to be an atypical year. Not only are we facing the challenge of the Covid-19 coronavirus pandemic, but months before, a major economic downturn was seen to come for most of the world's major economies.

In this context, it is very common for false news that can cause terrible damage to spread on social networks such as Facebook, Twitter and WhatsApp.

To understand what true fake news is and to take advantage of the time we are spending at home for healthy distance actions, we leave you three audiobooks that will explain how digital information moves. 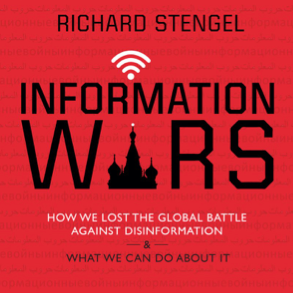 Richard Stengel explains how we have lost the battle against disinformation in recent years. Stengel was editor of Time magazine and experienced the global information war (or disinformation) first hand.

This audiobook will take us by the hand through three main stories that have generated disinformation campaigns. The first one talks about how ISIS terrified the world from social networks. The author then tells how Russia managed, under the command of Vladimir Putin, the annexation of Crimea and under this scheme, interfere in the presidential election of the United States of America in 2016. Finally, Information Wars describes how Donald Trump has used the disinformation to gain popularity among millions of Americans who feel abandoned by the classic American politicians.

2. The misinformation age , by Cailin O'Connor and James Owen Weatherall 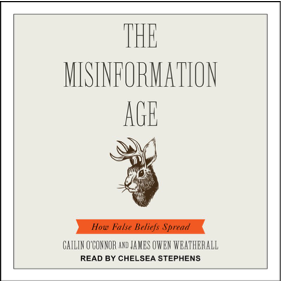 The age of disinformation explains how beliefs or false information have spread exponentially. Philosophers Cailin O'Connor and James Owen Weatherall explain this phenomenon from their social variables instead of the individual ones. An interesting argument about what is more important: the veracity of things or the tranquility of things that we believe.

Topics such as fake news, alternative truths, disputes over the validity of climate change or the people's approval of a ruler will be touched on in this great audiobook. Discover why in our current situation it is so easy to believe in alternative realities, as well as analyze what we can do to change it. 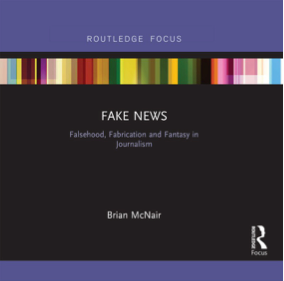 If you want to understand the causes and consequences of fake news and don't know where to start, this is the audiobook you were looking for! Brian McNair brings together more than three decades of research and journalism to bring us clarity on the subject in simple and clear language.

This work does not try to analyze the problem separately, but within the context of the cultural and social changes that have been managed in the 21st century: from the rise of relativism to a crisis of objectivity. McNair observes the primary role of the internet and, above all, the role of social networks, as well as exploitation in the consumption and production of news.

They will benefit projects with high social impact for vulnerable communities in the country to bring people closer to the sources of formal employment. Increase your business, Not your inbox Stay up to date and subscribe to our daily newsletter now! Read for 2 min IKEA and New Ventures will support Mexican social entrepreneurs IKEA…

Before starting a business, answer these questions and make sure you are ready to take the leap and be successful. The opinions expressed by collaborators are personal. The only difference between people who want to start and those who are doing it is the work and the risk of starting. If you feel that…

UK officials told the World Health Organization that they do not believe the new variant of the disease will affect vaccines. 2 min read UK officials told WHO that this new variant would be easier to transmit. However, to date there is no evidence that it is more likely to cause serious illness or death….