Members of the rescue team in the recovery of the bodies of the victims of the eruption of the volcano of the White Island in New Zealand. – – / NEW ZEALAND DEFENSE FORCE via / DPA

One of the victims of the eruption of the volcano of White Island in New Zealand has died this Sunday in an Australian hospital because of the injuries suffered just over a month ago during the disaster, thus becoming the victim number 18.

The Deputy Commissioner of the New Zealand Police, John Tims, has reported that the death of this person has raised the official death toll to 18, the latter being the second to die in Australia.

To date, another thirteen people remain in different hospitals in New Zealand, as reported by the local newspaper 'New Zealand Herald'.

The New Zealand Ministry of Health explained a few days ago that another thirteen people were transferred to Australia during the weeks after the disaster, which took place on December 9 when 47 tourists were on White Island, located on the north coast of New Zealand .

On the eve of Christmas Day, the Police also announced that the search for the only two people who were still missing were paralyzed. Winona Langford, a 17-year-old Australian, and Hayden Marshall-Inman, a 40-year-old New Zealand tour guide. Experts believe that their bodies are in waters near the coast and could be dragged to the northern tip of the island.

The tragedy has raised a strong controversy in New Zealand towards the tourism industry and local authorities, which are criticized for allowing tourists to have access to an island with an officially active volcano. 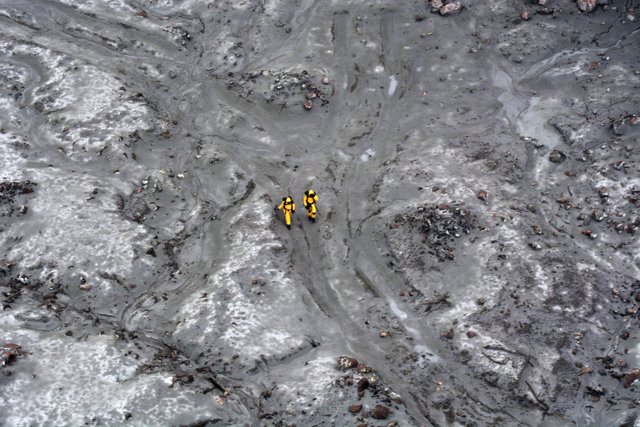 The Argentine Foreign Ministry announced this Thursday that it has pledged to the United Kingdom government to continue the identification of the Argentine soldiers killed in the Falklands War, who are lying in a shared grave of one of the soldiers in Archipelago cemeteries In a statement, the Foreign Office stated that the portfolio manager,…

Hawaii had been testing its alert capabilities when the Hawaii Emergency Management Agency staff member thought a drill was a real warning about a missile threat on 13 January, the US Federal Communications Commission (FCC) found. He responded by sending the alert without having it signed off by his manager. The name of the worker…

It remained unclear how the child ended up on the balcony’s ledge. Macron invited Gassama to the presidential palace. “I told him to him that to show our gratitude for this heroic act, his immigration status in France will be officially recognized as soon as possible,” Macron tweeted. “I have also invited him to apply…

Many migrants attempting to cross the Mediterranean Sea end up imprisoned in Libya after being intercepted. According to those who have experienced Libyan detention centres, horrifying abuse – including being leased or sold as a slave – may await. These are some of their stories.

Image copyrightVOISIN/PHANIE/SCIENCE PHOTO LIBRARY Lower back pain is the leading cause of disability globally but too often patients are let down by the treatment they are offered, say experts. They have written a series of papers in The Lancet asking the worldwide medical profession to stop offering ineffective and potentially harmful treatments. Strong drugs, injections…

Josep Borrell – REUTERS / YVES HERMAN MADRID, Oct. 20 (EUROPE PRESS) – The Foreign Minister, Josep Borrell, announced on Saturday that Spain will donate 50 million euros over the next three years to Colombia to help the country cope with the migration crisis that is experiencing because of the Venezuelan exodus. Spain will donate…