After weeks of imprisonment, the world begins to resume activities to stop the outbreak of COVID-19However, there are places that remain at the center of the infection and will be quarantined for a few weeks (e.g. Mexico City).

Take advantage of these days that we still have “Sana Distancia” and see these series that Amazon Prime brings and they are perfect to inspire you in those moments when you have to use all creativity and innovation to open a new chapter in the world.

Why see it: The trend towards the consumption of healthy products continues and will continue to increase after the pandemic. This documentation can help you understand the importance of healthy and sustainable options to meet this demand.

This is the story of Steven Gerrard’s move to Liverpool FC when the team was still far from achieving the necessary success. Leading his team to success became his big dream … and his big responsibility.

Why see it: If you are, or would like to be, a team leader, this documentary talks about the importance of remembering that not only does it mean having rights, but making many decisions that may not be popular and that actually do can be a burden.

The world’s first fashion influencer tells us how the digital revolution has changed her industry, business, and culture in general.

Why see it: This documentary is framed by the story of Chiara Ferragni as an entrepreneur and gives very good insights behind the scenes of the digital business and how she lives as a businesswoman.

This documentary tells the story of the legendary LEGO bricks and how they turned from children’s toys to collectibles for children and adults.

Why see it: It shows a great success story and innovation in a product that was much more than what it seemed from the start. A great program if you want to be innovative in your company and need a little pressure to know where to start.

This documentary roughly shows how the first days after the earthquake of September 19, 2017 were lived in Mexico City.

Why see it: Because he remembers that in the middle of the crisis, the union is strength (a message that doesn’t hurt if you remember those days of the pandemic) and that you find the strength to continue in the midst of the tragedy.

How did a Liverpool quartet become the greatest band ever? This documentary tells us.

Why see it: It doesn’t matter if you are not a Beatles fan, this documentary is a must to understand building a brand that made 183 million sales and forged a net worth of $ 600 million.

Ashley Madison calls itself the “Original Extramarital Adventure Site”, but was hacked in July 2015 and revealed the identity of thousands of its users around the world.

Why see it: We rely more on digital business than ever, so we should remember why we need to worry about cyber security for our users. This documentary also tells how Ashley Madison’s empire was created (and ultimately almost destroyed). 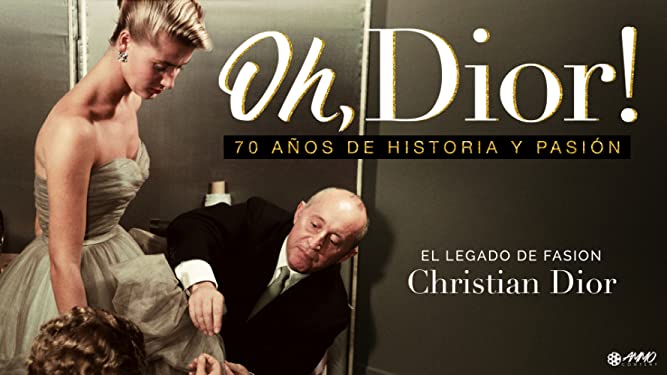 This beautiful documentary tells the story of the French designer Christian Dior and the renowned fashion house that bears his name.

Why see it: It is a wonderful work that shows us the man behind one of the most famous brands in the world and its 70-year history. It is always important to know the stories of other entrepreneurs.

At the height of the Cold War, the world was on the verge of a nuclear attack between the United States and Russia during the so-called Fall Equinox incident of 1983. In fact, the apocalypse was prevented by action. by a man: Stanislav Petrov.

Why see it: Look at the life of the man who may have saved humanity from a major nuclear war by following his instincts and having the courage to follow them.

10th Gameplay: The history of the video game revolution (2014)

The video game industry is no longer just what some call “rat children” and hobbyists to become a billion dollar industry annually. This documentary tells the story of the birth and development of Play.

Why see it: This documentary shows how the video game industry was born by telling the story of its most famous titles like Pong, PacMan, Super Mario Bros., Tomb Raider, Doom and more.

This documentary tells how the first series of Star Wars characters came about and how they have changed the children’s toy industry around the world.

Why see it: The story of how connoisseurs took over the rights to produce the goods for a science fiction “small film” is fundamental to any entrepreneur who wants to learn how to take advantage of the opportunities others miss.

The “Vocho” is one of the most famous cars in the world, but its beginnings are rather dark since it was designed in the heart of the Third Reich … by a Jewish engineer who has been deleted from history.

Why see it: Josef Ganz’s story is incredible because it tells how the same system that helped him make his dream of the world’s most popular car come true ultimately destroyed it.

Of a total of 16 countries assessed in the region, Chile has a score of 33.9, followed by Mexico with 33.6 and Costa Rica with 33.5. 2 min read These are the most innovative countries in Latin America This story originally appeared in the World Economic Forum By Stéphanie Chevalier Naranjo In collaboration with Statista…

The goal is to use it in a well-organized manner so that your credit history is always pristine.

The Company Amazon of Jeff Bezos took another step in the transition to autonomous vehicles. The e-commerce giant bought 1,000 self-driving trucks from a startup called Plus, specialized in software for autonomous driving systems. The transaction could mean the company is considering notifying you bye from the drivers who currently move and deliver their products….

You would think, at least, that you have no money problems, but for some, even that is not true. Increase your business, Not your inbox Stay up to date and subscribe to our daily newsletter now! The opinions of the employees of s You are personal. Things nobody warns you of being a millionaire Be…

According to reports, the passenger tried to open the departure door during the flight and opened a bottle of champagne.

A new era of gaming is underway, and those born in the late ’90s are trying to pick up the torch from previous generations.