Brought to you by High Level

Do you like cinema? I love it, I go at least once a month. If you are one of mine (movie buff and entrepreneur), you will love this article.

Hollywood movies generally bring emotional learning. And if we learn to see between scenes, we can find more than one learning and great value for many areas of our lives.

Such is the case of the lessons that movies and their characters bring for entrepreneurs and for people in general.

That is why I want to share 10 lessons for film entrepreneurs and Hollywood characters: We have all heard or at least read Tony's phrase when he is talking to Captain America and he describes himself as ” a genius, a millionaire, a playboy and a philanthropist .” At first glance, this character can be highly egocentric and motivated by the money his organization generates. However, it should be noted that Tony Stark's true mission goes beyond financial motivation. What truly inspires him is to continue innovating to create change and provide better technology and solutions to help his nation and people. Just like he does when he puts on the Iron Man armor.

That money is not your engine, search for your true mission and generate change.

2. Joker (Batman: The Night Knight) – Don't do things for free During the meeting that the Joker has with the criminals of Gotham City, this villain says a very important phrase, ” if you are good at something, you never do it for free .

Everything you have studied, learned, worked and everything you have tried, is worth something. Do not waste your work and your experience, remember that someone else is charging for the same thing that you do. Don't forget how much your work is worth. In the new Dumbo movie, this little elephant has to go through many challenges to be able to reunite with his mother, from whom he was separated a few days after he was born.

Even though Dumbo had many obstacles and tasks that terrified him, he never gave up. He knew that his goal was to be with his mother again regardless of the price.

An entrepreneur is made of determination, do not give up the first time and continue working for your dream .

There will always be difficult days, this is the life of a business owner, but it only depends on you to work for your results and to see that dream come true. Despite the fact that this character was a hitman (and I hope you are not), but something that always distinguished him was his vision for the future. In the third installment of this saga, John was already waiting for a price to be put on his head, and he was so sure, that from before he took his provisions and gathered all the amulets and coins that would allow him to take advantage when they were looking for him. He left nothing to chance and the same does an entrepreneur or a business owner. They stay informed and anticipate what may happen. They always stay one step ahead of the competition. This character, played by Jennifer López, was barely released in 2019. Ramona is an exotic dancer in a New York club, where she received CEOs from major Wall Street companies. During the film you see the amount of daily money that Ramona generated. However, when the 2008 economic crisis hits Wall Street, Ramona can't keep up with her lifestyle expenses and in order to support herself, she decides to resort to illegal issues to do so.

As a business owner you cannot spend everything you generate in your lifestyle , because mixing your personal finances with those of the business is the worst thing you can do.

Having a backup in both business and inventory finances can make the difference between surviving a crisis or not. We are all familiar with Aladdin's story. We know that he resorted to the Genie to pass himself off as a prince and thus, be able to reach the princess. But when the truth came out, everyone was disappointed in him.

Remember that the first impression is important, but if you think that lying to be who you are not and meeting some of your goals is a good alternative, first think about all the repercussions that it could bring you in the long term. I think this movie is worth taking the example of all its characters. During the 4 films, the teamwork of the toys is always demonstrated. They all work together, always highlighting each other's individual skills. Likewise, teamwork is led by Woody, the curator, who always looks out for everyone and cares about their well-being.

Without a doubt, leadership is key for an entrepreneur, as well as promoting teamwork among his collaborators to go further. We all know how the first installment of Jurassic Park ended . They closed the park because all the dinosaurs ended up loose. However, in the latest films, the project returns stronger and “better consolidated” than before. What was the key? They listened to their clients. The public asked for new, bigger, more dangerous dinosaurs … and they were heard. To such an extent that, despite what happened, the opening of the park was a success.

If you are a business owner, you should not forget that the reason that you remain in the market is largely due to your customers. If you don't listen to them, there will be someone else who will and they will leave with the competition.

9. Rupert Murdoch ( Bombshell ) – Delegate, but keep an eye on your business 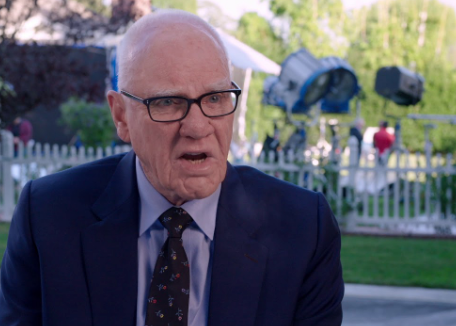 When everything comes to light, the owners of the television appear, they cannot create everything Roger had done and we have nothing left but to run it. And this happened because they trusted him and his experience too much.

A business owner must delegate, however, he must not completely detach himself from the business. You should be aware of everything that happens, from financial statements to operational matters. Don't make the mistake of delegating and neglecting your project. 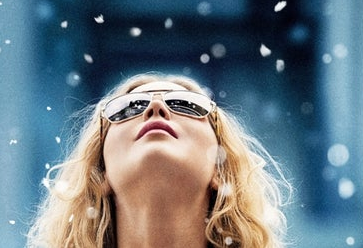 Joy Mangano, is a woman who becomes an entrepreneur from her chores as a housewife. Joy was the creator of “Miracle Mop” , a mop that squeezes itself.

During her journey through entrepreneurship, Joy learns how to relate to businessmen and suppliers, and yes, many times it was difficult and she wanted to give up, but she learned that, in business, you have to think with a cool head.

And indeed, when emotion rises, intelligence falls, and this is very common in business.

If you are starting and have already made many mistakes, do not despair, you are on the right track. If you did not make mistakes, you would not generate valuable learning that will help you in the future.

If you are an entrepreneur or business owner, remember that analysis and the ability to observe details will help you have an advantage over the competition and the market.

When you watch a movie, try to see it with the eyes of a business owner or entrepreneur and not just for entertainment, you will be amazed at all the valuable things you will find.

The following categories of linkable assets will help you figure out which ones might be in your organization. Thinking broadly and creatively at the beginning of a link building campaign or project engagement can open up to more robust and effective campaign design. After all, you might be sitting on a connecting magnet and not…

Follow these tips for a reward that will keep your team motivated. December is coming and the costs are rising: Christmas shopping They ruin the pockets of many. Because of this, the obligation is the bonus 2020 is a necessary part of the employee’s wallet. Strenna 2020 how do you calculate that? and deadline when…

Don’t miss this week’s round-up of the most popular. 2 min read The opinions of the employees of You are personal. GameStop, Bernie Sanders, Bill Gates, and more on all the big news Sure, keeping up with the news can be challenging, but with Emprendenews In less than five minutes you will find the…

The second most popular person on TikTok explains why they partnered with Amazon to get their followers to buy from SMBs. 5 min read This article has been translated from our English edition. Addison Rae tells us (and her 70 million TikTok followers) why she’s “small” shopping this Christmas Social media stars of various “influence”…

We are an unprecedented stage of humanity, in which the traditional approaches to managing a startup are insufficient, at best. April 14, 2020 5 min read The opinions expressed by collaborators are personal. The Death Spiral of Mexican SMEs Today, I can only agree with the main thesis…