Despite the obvious, crises also serve to bring out the best in each of us.

The Covid-19 coronavirus outbreak has caused major changes in our way of life and economic effects that we will probably continue to feel for several months. On social networks every day we see horrible news of how the crisis has worsened in countries like Spain and the United States, so it is very easy to feel that there is not much light at the end of the tunnel because it seems that the world is better without humans

However, despite the obvious, crises also serve to bring out the best in each of us. That is why we believe it is important to remember that, even in these days, good news has also been given despite the gray image that we have in our heads.

We leave you some news that will lift your spirits. 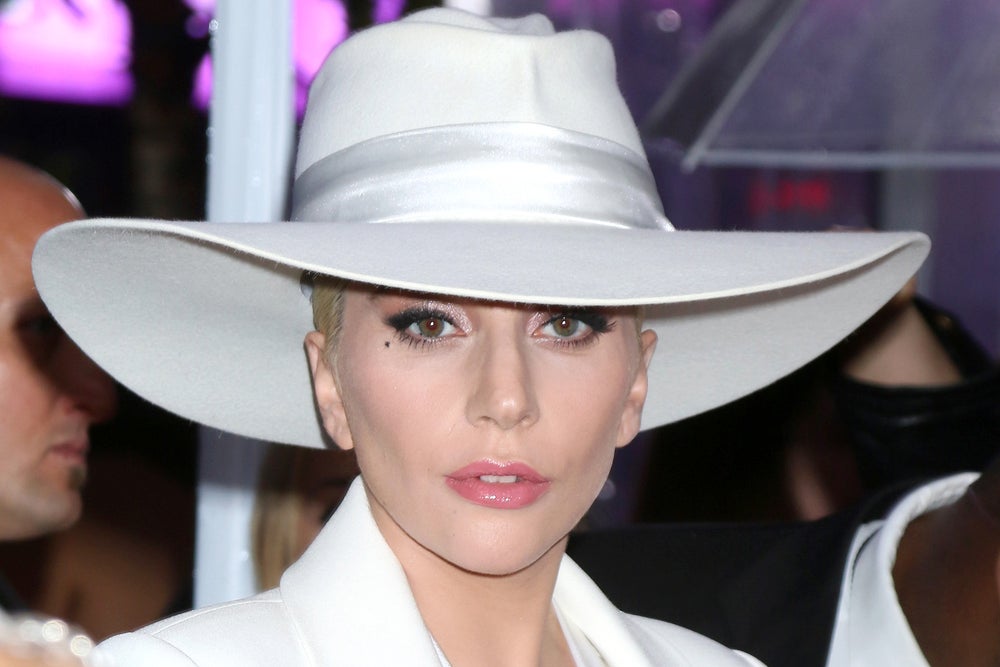 The singer managed to raise $ 35 million with more than 68 business leaders and philanthropists for the COVID-10 Solidarity Response Fund of the World Health Organization (WHO), in association with Global Citizen, an institution that helps solve global problems .

The Office actor released a daily vlog to share the good news he has read and seen on YouTube.

3. The grandparents who are winning

One of the most vulnerable populations to Covid-19 is that of adults over the age of 70. However, in the midst of the panic that the disease has inspired, there have been almost miraculous cases of recovery.

In Oregon, United States, William Lapschie a veteran soldier of World War II recovered from the illness and celebrated his 104th birthday. On the other hand, a 103 Iranian woman recovered after spending a week in hospital. 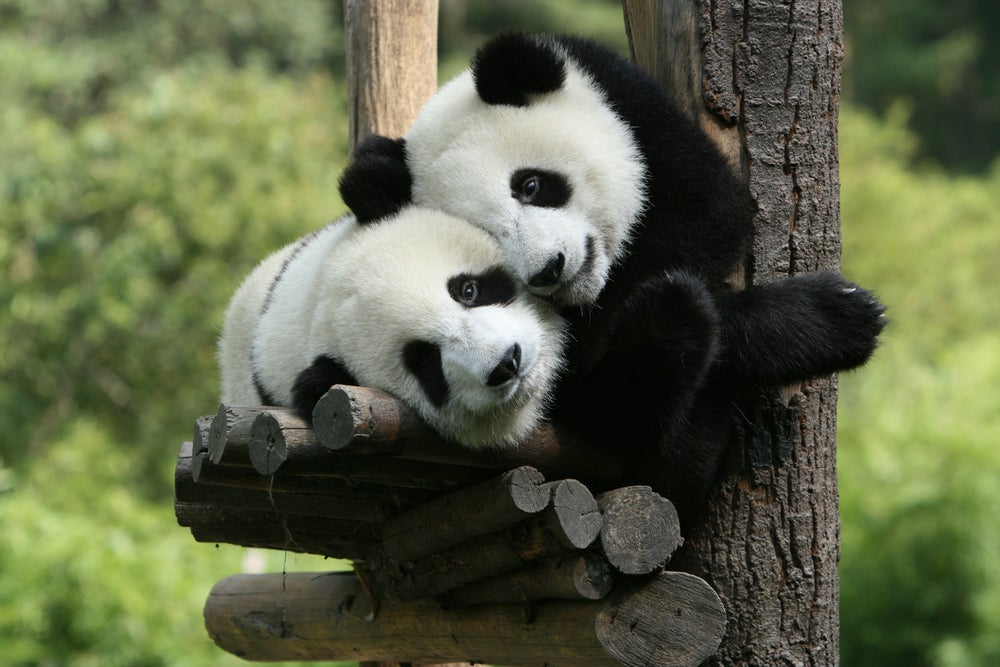 Two giant pandas from the Ocean Park Zoo in Hong Kong, China who had spent 10 years together mated for the first time during the pandemic. Specialists had tried unsuccessfully several times to have the female panda Ying Ying and the male Le Le mate since 2010. But in late March the animals began to leave scent marks in typical courtship season behavior.

The zoo reported on its website that the gestation period of a giant panda ranges from 72 to 324 days, but pregnancies can only be detected by ultrasound two weeks before birth. 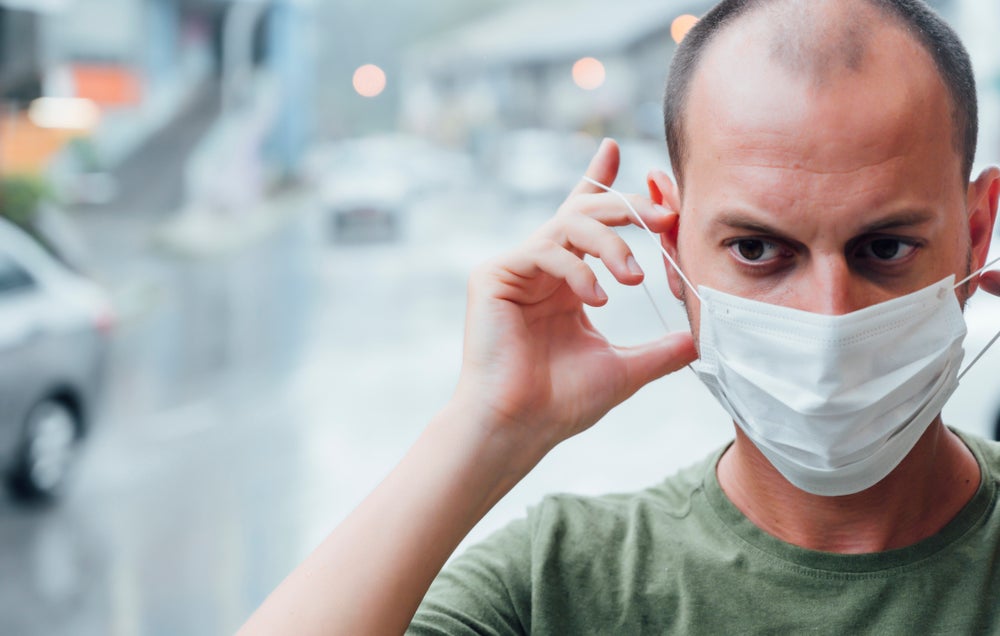 Germany is supporting France and Italy by offering to welcome their patients to their hospitals to help lower the contagion curve. It must be remembered that Italy has suffered the highest Covid-19 death rate in the world. 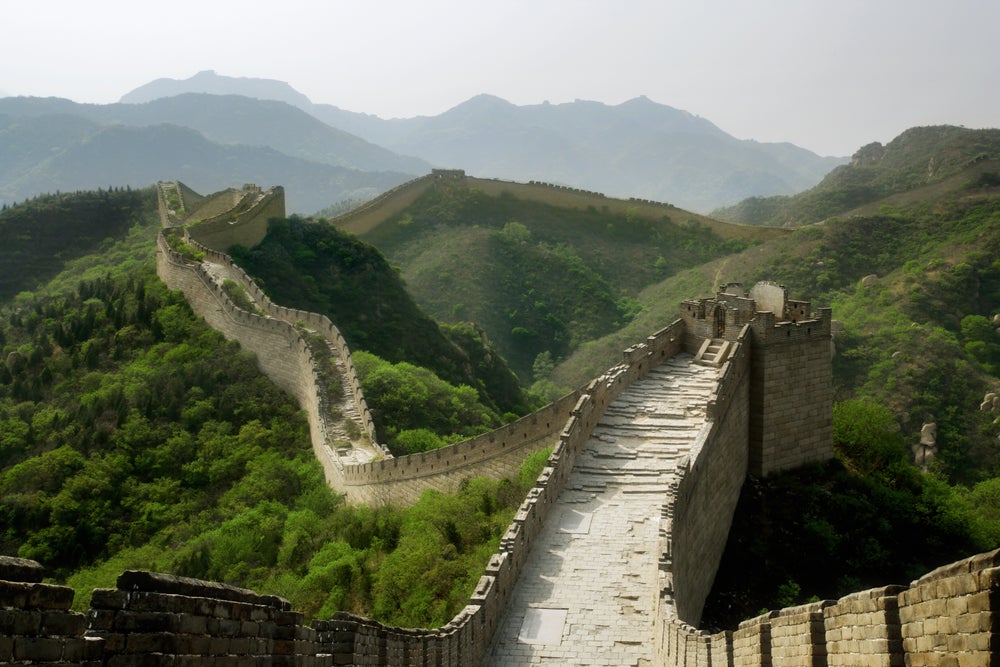 The city of Wuhan, where the Covid-19 virus pandemic began, ended its quarantine of more than 70 days and other large cities are already reactivating their activities in stages. For example, the Great Wall of China is already waiting for tourists .

7. The ingenuity that is saving the crisis 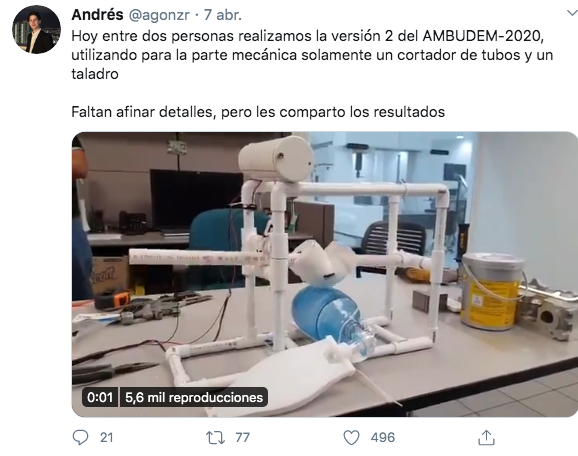 One of the great challenges the planet faces to fight Covid-19 is the lack of ventilators to assist oxygenation of patients who develop Acute Respiratory Failure (IRS). That's why engineers and doctors from around the world have gone to work to develop cheaper and easier-to-manufacture fan prototypes.

A great example of this are the students of Mechatronic Engineering at the University of Monterrey (UDEM) who developed a prototype that can be manufactured with materials that exist in Mexico and that would reduce its cost from $ 20,000 to just 2,000 pesos.

8. The Christ the Redeemer became enlightened with the whole world 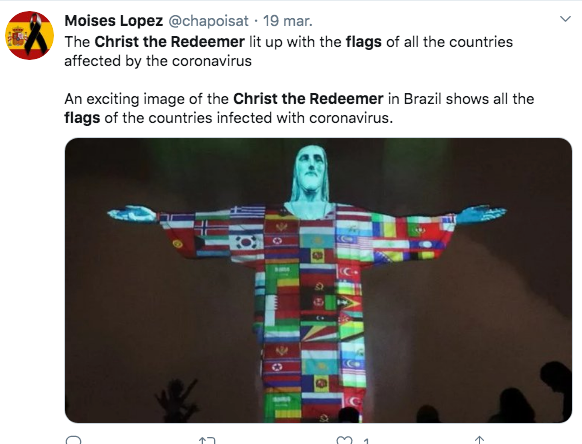 On March 18, the iconic monument in Rio de Janeiro lit up with the flags of countries affected by the coronavirus during a service dedicated to the victims of Covid-19.

Without missing the deadly losses that this disease has caused, sanitary isolation measures that have dramatically reduced the mobility of human beings have caused nature to take a break . For example:

The waters of Venice are clear and the dolphins are back 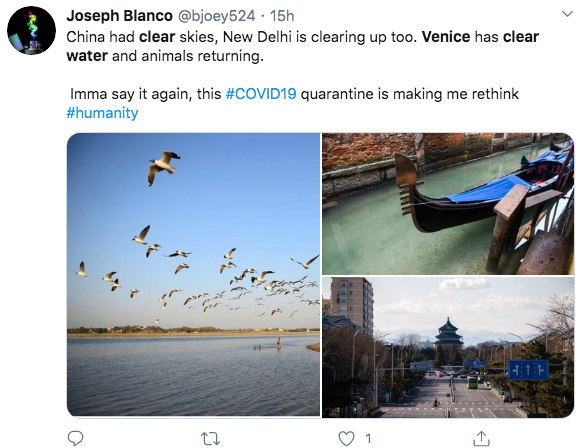 Herons are seen again in good numbers in Xochimilco 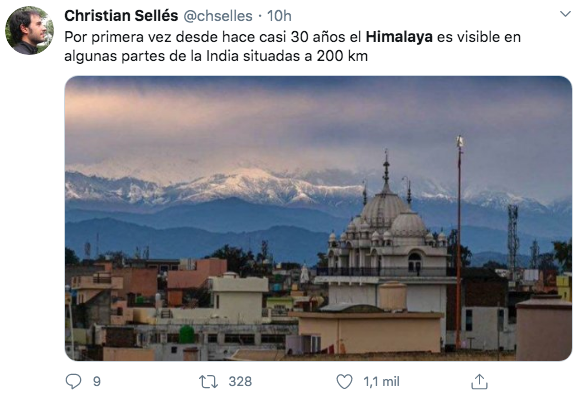 10. Mexican entrepreneurs take out the breed 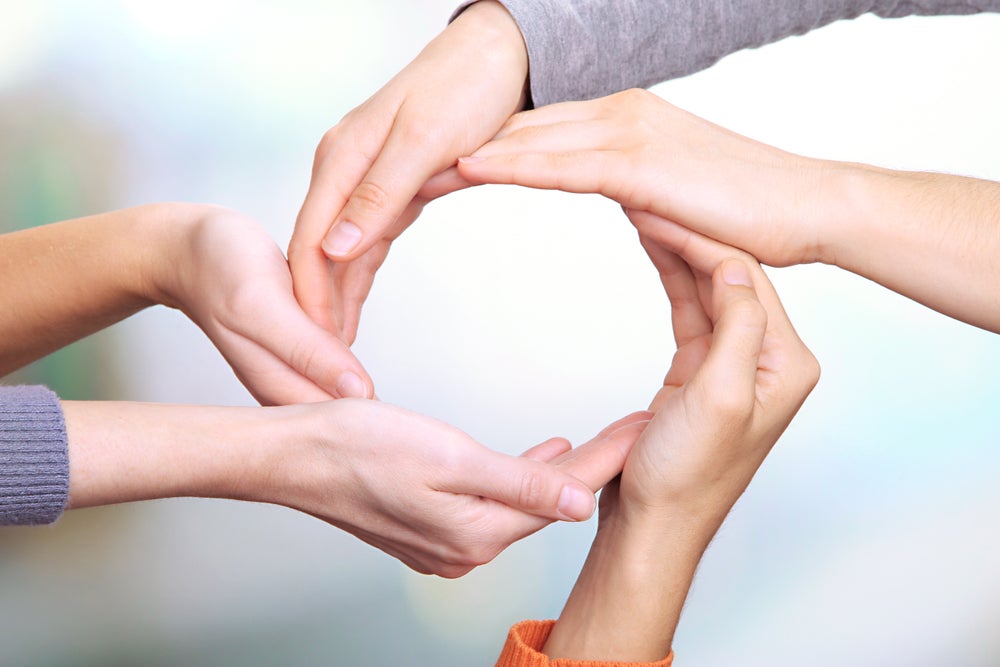 In Mexico, entrepreneurs have been one of the most active players in the face of the pandemic, either organizing platforms to give visibility to small businesses, supporting service providers such as Rappi or Uber Eats, or opening their products and services to support the community. At we have compiled a list of more than 100 entrepreneurs who are giving away food, webinars, consultancies, medical masks and more.

The billionaire mentioned that COVID-19 is “a wrecking ball for Americans who are already struggling”. 4 min read Scott asked a team of advisors to help accelerate his 2020 donations with immediate assistance to people financially harmed by the pandemic. A total of 384 organizations in 50 states, Puerto Rico, and Washington DC will be…

The opinions of the employees of You are personal. Recently, Reid Hoffman, Co-founder of LinkedInmade an unexpected statement during an interview with the Financial Times. The billionaire said his inspiration in business came from an unusual resource: Board games. You are not the only one who experiences business as a game or vice versa….

A good level of motivation and focus will help you overcome the obstacles that will get in your way. The opinions of the employees of You are personal. 6 tricks to have more energy We’re almost into the middle of the year and this is not a good time for you to drop your…

In partnership with Billy Porter and the architecture firm MVRDV, they look for the most unique spaces on the entire planet. March 10, 2020 3 min read Airbnb is looking for the most innovative accommodation ideas in the world. To make them a reality, it has launched the call for a fund of one million…

To be a good negotiator, avoid focusing only on the benefits you are getting. 3 min read The opinions of the employees of You are personal. The 5 rules to be a senior negotiator Today we live in an increasingly competitive society. A society where knowing how to negotiate can make a huge difference…